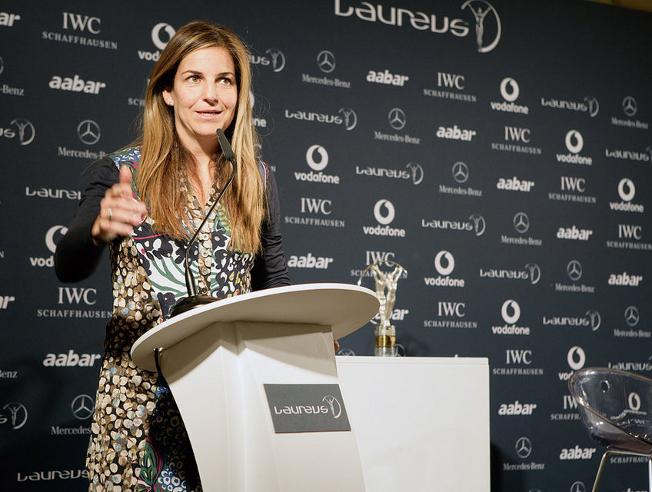 Former Spanish tennis player and World Number 1, Arantxa Sánchez Vicario, is facing a prison term of up to four years for frequently attempting to minimise assets to avoid paying a large overseas debt.

Sánchez Vicario, together with her ex-husband, Josep Santacana, are accused of transferring assets that resulted in reducing a debt to Banque de Luxembourg, a plan that has been described as in the ‘spirit of illicit enrichment’.

It has been claimed that Sánchez Vicario, working ‘under the instructions’ of her husband, instigated the plan in 2010 and avoided significant payments to the bank.

After years of attempting to recover the payments, the bank eventually took the case to court.

Prosecutors have requested that Sánchez Vicario and Santacana pay Banque de Luxembourg an amount of 6.1 million euros, and that the former tennis star receives a prison term of at least four years.

In her summing up, the prosecutor described how Sánchez Vicario ‘under the instructions’ of her husband and in collaboration with five other defendants, ‘devised a plan consisting of decapitalising their numerous assets,’ that resulted in reducing the payment terms to the bank.

The plan involved emptying six bank accounts to reduce their assets, in what was described as a process of ‘making the money disappear so soon as they receive it’.

Other aspects of the plan involved moving ownership of real estate ‘through companies’ rather than individuals, including a number of homes, parking spaces and a mooring in a marina.

This is not the first time that Sánchez Vicario has been in the news for financial troubles. In 2009 in a related incident, the Supreme Court sentenced her to pay 5.2 million euros for tax fraud.

The amounts were collected by the tax agency from Banco Sabadell, who recovered the debt through a guarantee agreement with Banque de Luxembourg.

During her successful tennis career, the Luxembourg bank had looked after her sizeable fortune from her career earnings. However, when the bank requested regular payment back of the tax loan, the payments were not received, and the debt had escalated to 7.5 million euros.

Sánchez Vicario won 14 Grand Slam titles during her career, and in 1994 was crowned the ITF World Champion.

Her two brothers were also professional tennis players and, aged just 17 years old, she became the youngest winner of the women’s singles title at the 1989 French Open, defeating World number 1 at the time, Steffi Graf.

In 2012, Sánchez Vicario published an autobiography, claiming that despite earning 60 million dollars during her career, her parents had controlled her life and finances, alleging that she had lost all her money.

A claim against her family, which involved suing her father and older brother, Javier, concluded in a private settlement in 2015.

The latest developments in her complicated life, however, again cast a cloud over the troubled former tennis star, who is now facing a potential prison term on top of a huge compensation claim.