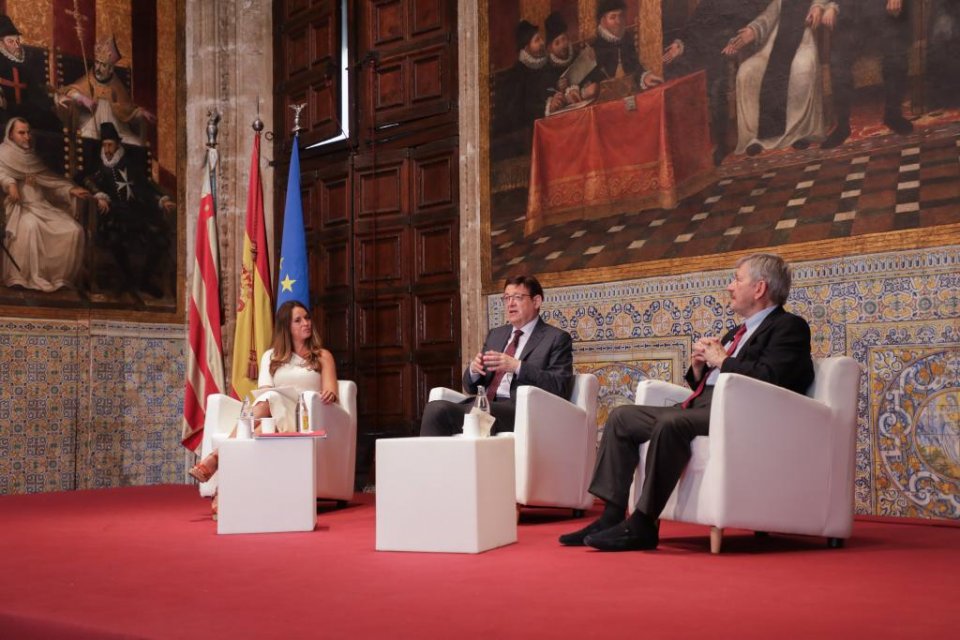 Cases of Coronavirus continue to rise across the Valencia region with wastewater testing showing a five-fold increase in the area in the past week.

By measuring traces of Covid-19 in wastewater, the authorities are able to predict where outbreaks of the virus will come in the following weeks, and while the levels are similar to what they were in May, the difference is that then they were going down but now they are rising.

Elisa Valía, Councillor for Integrated Water Cycle, made the results public on Friday and they didn’t make for easy reading. The dimensions of the problem are nothing like earlier in the year, especially as half the population has had at least one dose of vaccine, but, she said, even though hospitals aren’t feeling the pressure yet, primary care services run the risk of becoming saturated.

This week there have been 5,198 new infections from Covid-19, a massive increase from last week’s 1,636, while the number of those who have recovered remains similar, 1,300 compared to last week’s 1,136. There have been five deaths reported occurring in the previous seven days, plus two prior deaths from January and April. There has, however, been a notable increase in hospital admissions from Covid and as of Friday, there were 174 patients being treated in the region’s hospitals, significantly higher than last week’s 115. Those needing treatment in the ICU was slightly higher at 19, compared to 17 last week. Click here for all reports on: Coronavirus in Spain

Answering questions on Friday at the Palacio de Congresos, Valencia president Ximo Puig said he was ‘concerned’ about the rise in infections among younger sectors of the population and for this reason his team is studying how to accelerate the vaccination process, with the aim of having all over 18s vaccinated before September begins.

He said that those who are not yet vaccinated are the most affected by current infections, and that they will continue to be, until everyone is vaccinated. As restrictions have been lifted, he said it is a time to keep up ‘maximum responsibility’, but he also showed empathy towards young people and their ‘need to go out and meet again’, but he warned that it needs to be done cautiously with face masks and social distancing.

He made a desperate plea to the younger generation to be careful and responsible, and reminded them that ‘we are still in a pandemic’, and that although most young people have mild symptoms, some youngsters end up in hospital and many still have post-Covid symptoms and suffer from long Covid.

He was clear, however, not to stigmatise the young, who, he said, in the large majority of cases behave well. He said that although prevention and restrictions give good results – referring to the low Covid rates enjoyed across the region in the Spring – it was necessary to re-open nightlife and hospitality venues because ‘they couldn’t remain permanently closed’.

Meanwhile, regional vice president and equality minister Monica Oltra hasn’t ruled out tightening restrictions when they come up for review again on 15 July, if infection rates continue to rise. She pointed out that the vaccine ‘is not a shield’, that it stops serious complications from the virus but doesn’t stop infections.

She asked young people to consider if a night out is worth the risk of a possible infection that could lead to admission to intensive care or infecting older family members. Here she was referring to the 18-year-old who was, according to EFE news agency, admitted to the ICU at Elche Hospital on Thursday of last week after an end of school trip to Mallorca.

Vaccinations ahead of schedule

This week it was announced that 30-39 year olds would be called from Monday, 12 days ahead of schedule. Meanwhile 20-30 year olds can expect to receive their vaccine appointments for the second week of August. This is what regional health minister Ana Barceló announced while in Alicante on Thursday, but she said other age groups wouldn’t be bypassed as has occurred in some regions.

Barceló insisted that the vaccination programme would be speeded up, but keeping to the order set out, according to the supply of vaccines. However, what is very important, she said, is that university students are vaccinated before returning to class in September. As well as this, 5,000 doses have been set aside for this week to begin vaccinating those students from the region who are taking part in Erasmus programmes abroad in the coming academic year.

Barceló also said that the long queues experienced this week at some vaccination centres, such as the Vacunódromo at La Ciudad de la Luz in Alicante, were due to the arrival of large numbers of vaccine doses but that it was a one-off and shouldn’t happen again during the summer. ALSO READ: Covid-19 Vaccinations in Spain

Those aged 18 to 39 who are planning to go on holiday can now tell the health department which dates they will be away, to avoid clashes in dates. The app is only available for those who are waiting to be called for their first dose, ie those born between 1982 and 2003, inclusive, and can be found here http://coronavirus.san.gva.es/es/web/vacunacion/calendario-vacuna

Heatwave … and more to come

Beaches were packed, records broken and some locations topped 40 degrees on Sunday as the region melted under the heatwave brought on by the poniente wind which comes from inland.

Valencia capital registered 39 degrees at 16.50h, before the wind changed direction and temperatures dropped 10 degrees in an hour. Such high temperatures for July hadn’t been seen in the capital since 2009.

According to AEMET, today will be slightly cooler, although still very warm, but for Tuesday the temperatures are expected to rise again as the poniente wind returns before returning to more normal levels on Wednesday.

The streets of Valencia filled with rainbow flags last Monday evening as supporters marched under the slogan ‘Trans rights are human rights’.

Beginning in Alameda with the reading of a manifesto, the march went along Calle Colón and reached Xátiva where it concluded without the usual party due to the pandemic. Placards with phrases such as, ‘If not today then tomorrow or the next day, but there will be a law because trans rights are human rights’.

The more than 50 groups, political parties, associations, syndicates and organisations invited to take part in the march signed a document with the demands set out in the Pride LGTB+ 2021 manifesto, reiterating to the central government the need for a national trans law.

Regional vice president and minister for equality Mónica Oltra, who took part in the demonstration, said that Valencia is a region which embraces diversity and that ‘there are many ways to be and to love, and they all have a place in our society’.

Also present at the march was Valencia’s mayor, Joan Ribó, who said that trans people ‘have the right to express their own identity without being questioned for it, which is why we need a state-wide law which reflects the feeling of the Valencian law, at the European forefront in the preservation of the dignity of this group’