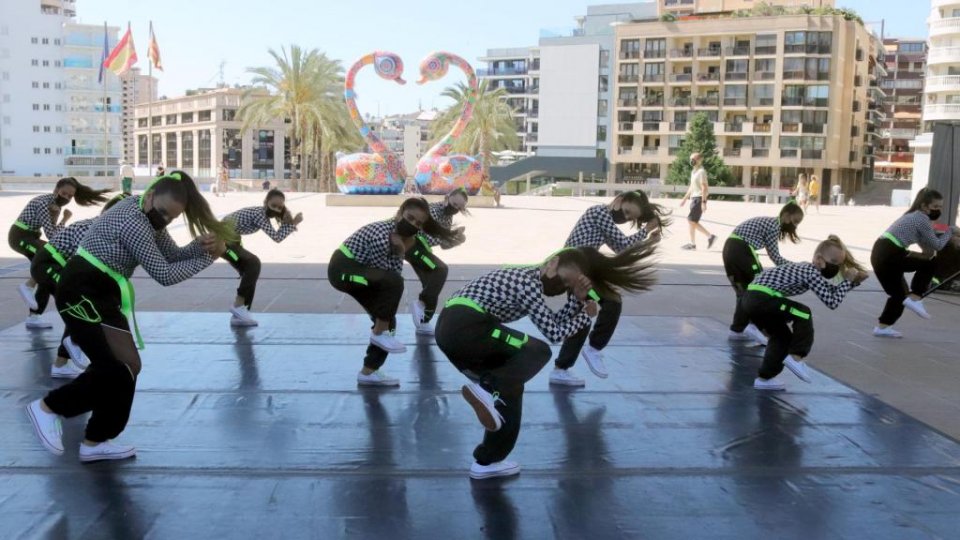 An end of year student trip to Mallorca has left 67 from Valencia infected with Covid-19 and the regional health department busy trying to track, trace and contain the outbreak.

All students who returned to the Valencia region following the trip which sparked the outbreak and has affected several regions, are considered close contacts and, following the detection and prevention protocols, are being tested for Covid and quarantining for 10 days.

So far there are 67 confirmed cases, but that figure is provisional as the investigation is on-going.

Teams from the Valencia health department are carrying out contact tracing with the aim of finding out the exact number of cases and identifying them. To do this the investigators are reconstructing the activities of the young people on the trip which took place between 12-18 June. While in Mallorca the youngsters shared accommodation with students from other parts of Spain, who have also notified their health departments about their respective outbreaks of Covid-19, and held different parties and recreational activities.

Once home, some students began to show Covid symptoms which was when the Valencian outbreak was detected, but fortunately those affected so far have light symptoms.

Yesterday two further outbreaks were reported following end of year school trips. One, of 13 positive cases, is related to a trip by the private school Mas Camarena, from Paterna, to a theme park in the Catalan town of Salou. The other outbreak, of 24 cases at Valencia’s Maristas School, is related to a trip to the popular Catalan resort of Lloret de Mar. Followiing the release of the news about the outbreaks, Maristas School sent a letter to families explaining that the school hadn’t organised any trips and that students from 2º Bachillerato had signed up to a trip organised by an external company, and making clear that it was nothing to do with the school.

Deputy director of epidemiology at the health department, Herme Vanaclocha, said: ‘Movement of people and social interaction has increased, and as such so has the number of Covid-19 cases.’ She said that an increase was expected but was optimistic, adding that contact tracing allowed her department to break the chain of transmission of the virus.

Meanwhile, Valencia health minister, Ana Barceló, called for prudence, reminding people that ‘the pandemic is still here. With vaccinations we have made much progress towards the final goal, but we must keep up the effort and enormous sacrifice we have made in complying with the health restrictions and now we must be cautious and not let our guard down’.

Despite these rises in infections, on Wednesday the region had just 96 patients in hospital with Coronavirus, the first time the figure had dipped below 100 since July last year. By Friday, however, the number had risen again and was at 115, very similar to last week’s 118, and there were 17 people needing intensive care treatment, compared to last week’s 18.

As of Friday, 2,447, 861 Valencians have so far received a first dose of vaccine, while 1,605,735 are now fully vaccinated. I am one of those lucky enough to have had both jabs, as I received my second dose on Tuesday. ALSO READ: Covid-19 Vaccinations in Spain

Face masks are now not obligatory outdoors if social distancing can be maintained. The change in the rules came in on Saturday.

If a distance of 1.5m can be maintained, face masks are not necessary as well as when out and about with co-habitants. They also stop being compulsory at seated events where 1.5m distance can be maintained. In addition, elderly residents in care homes won’t have to wear them if 80% of their residents have been fully vaccinated.

However, masks will still be necessary at outdoor events where large crowds of people may gather standing up, as well as at indoor public spaces like public transport. It is actually compulsory to always carry a face mask for when 1.5m of distance cannot be guaranteed, or for when other situations arise for when it is required.

Bees on the move

There has been a sharp rise in the number of natural beehives occurring, according to Valencia’s firefighters, especially during the pandemic.

Throughout 2020, specialist teams removed 473 hives, while in 2019 that figure was just over 150. The trend appears to be continuing this year as 200 hives had already been removed in the period from 1 January to 27 May.

According to Raúl Quílez, forestry technician at the fire department, ‘this high number of interventions is directly related to the drop in beekeeping activities, due to the pandemic as well as the meteorological conditions in the spring of 2020, which led to an abundance of food for these insects’. This has led to natural hiving when ‘a young queen leaves the hive followed by thousands of worker bees, going from high altitudes to lower altitudes, searching for other places to create a new hive’.

These new hives can appear in populated areas, on things like trees, lampposts, building façades, schools and even inside homes. Ángel Domínguez, also from the department’s forestry unit, added that ‘the bees aren’t aggressive in their habitat, but if they are disturbed or they are startled by noise or other factors they could pose a risk to the population’.

If anyone comes across a hive, they are advised not to touch it but to call 112 so that firefighters can deal with it safely and take the bees to a professional beekeeper. The department says the work they do is of vital importance and helps maintain the ecosystem, by helping this protected species. ‘Bees have been on Earth for more than 100 million years, carrying out pollination meaning that a third of the world’s food production depends directly on their biological cycle,’ Quílez said.

‘Reborn’ after 150 days in intensive care

Fernando, a patient at the La Ribera Hospital in Alzira, was taken outside to ‘feel the sun’ on Monday after spending 150 days in the ICU with Covid-19. The good progress he had made in the last weeks meant he was able to be taken outside.

Fernando described the experience as ‘like being reborn, a miracle, an amazing, transcendental experience’.

Beaches clear for San Juan but botellones in the city

The ‘Noche de San Juan’, the traditional night of partying at the beaches which marks the beginning of summer, passed without any major incidents on the region’s beaches except a couple of isolated incidents at Valencia’s La Marina area and a nightclub in Gandía. Castellón was calm and Alicante’s city council said behaviour had been exemplary.

Valencia city centre, however, painted a different picture with police having to break up three botellones (large gatherings of youngsters drinking alcohol in the street) including one of around 900 people in Avenida Blasco Ibáñez. Police were called around 2.30am as the group were filling the park area which runs along the centre of the avenue for a distance of about 800m.

Tourists and residents were given a treat this weekend with the launch of the first Benidorm Dance Festival. Scattered around the city, dance schools and artists performed open air in the most iconic spots like El Castell, and the main squares.