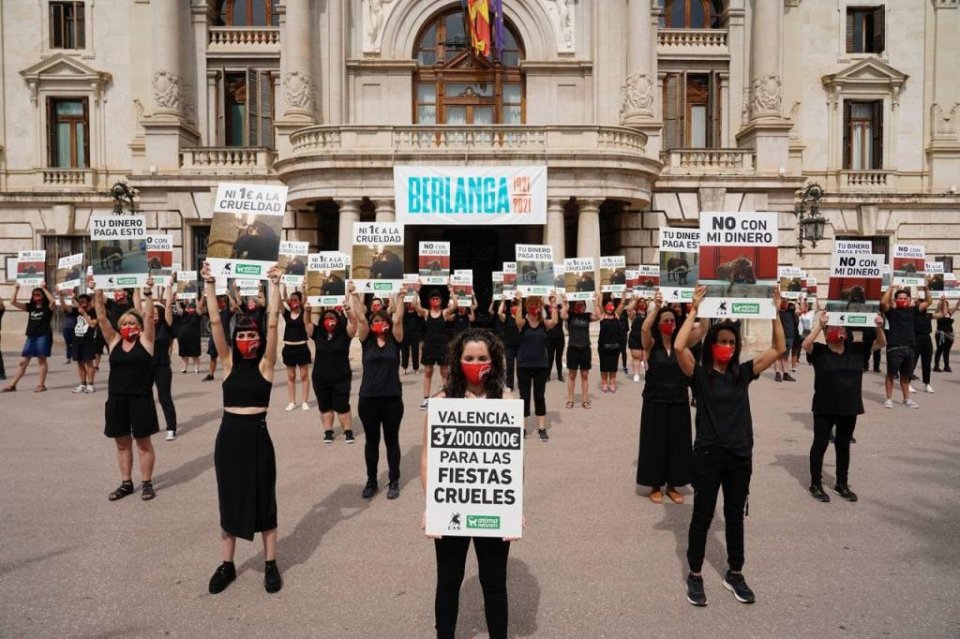 While the vaccination programme continues at a good speed and the pressure on hospitals has eased, not all groups are doing so well. According to the Valencian health department’s figures, the number of cases among those under 29 have rocketed, especially in the two weeks up to 12 June when the number reached 900 cases, 50% more than the previous two-week period. This information comes in the week that has also seen three large outbreaks of the virus among young people. On Monday the health department reported an outbreak of 17 cases in Torrevieja where the average age was 16, as well as a second outbreak of 20 cases, with an average age of 19. Tuesday saw a third outbreak of 10 cases in Nàquera where the average age was also 19.

As people start to think about taking a summer holiday, be it within the Valencia region, across Spain or elsewhere in Europe, the health department is developing an app that enables people to tell them when they’ll be taking their holidays. The idea, as explained by regional health minister Ana Barceló, is not to let people pick and choose when they’ll get a jab, but rather for them to be able to inform the health department the days that they’ll be away. The aim is for the app to be available from 15 July. ALSO READ: Covid-19 Vaccinations in Spain

This week there have been a further 1,258 cases of Coronavirus, compared to 1,172 last week, 1,179 all-clears, compared to last week’s 1,036 and 2 deaths in the past seven days, the same as last week. As of Friday, there were 118 patients needing treatment in the region’s hospitals with 18 needing intensive care treatment.

Anti-bullfighting protestors demonstrated in front of the City Hall building last Sunday, demanding an end to the subsidizing of the sport from public money.

Campaigners claim that around 37 million euros goes towards bullfighting, money which they say would be better spent on the health service or essential cultural activities.

Dressed in black, the protestors from AnimaNaturalis and CAS International carried placards with messages like ‘Not with my money’ and ‘Not a euro more towards cruelty’.

Spokesman for AnimaNaturalis, Jou García, denounced the use of public funds on bullfighting, a sum which reaches almost 37 million euros in the Valencia region alone and said that ‘society has other responsibilities which are not to make suffer and torture an animal. We are talking about mammals, vertebrates, animals with a central nervous system which suffer pain and fear’.

The organisation said that in the Castellón province 19.5m euros go towards bullfighting, while in Valencia that figure is around 13.6m euros and in Alicante it is more than 3.6m.

Although the 24 June is a holiday in some parts of the country, here in the Valencia region it’s a holiday, but yet it’s not a holiday … some people may have been told that on Thursday they have a fiesta ‘recuperable’. This means that if anyone wants to take the day as a holiday, they have the right to but they may have to make it up at a later date.

The LGBT+ Pride festival returns to the streets of Valencia on 28 June, but this year without floats or vehicles and with a new route along wider streets to avoid huge crowds gathering.

Last year the festival was cancelled due to the pandemic but returns next week, under the slogan ‘Trans rights are human rights’.

Organiser David Vidal said this year the event ‘will be different but no less radical and will defend the rights of the trans community’.

In the run-up to 28 June, the LGBT+ community has organised a series of events, including round tables, conferences and performances. The events will culminate in the final parade which will start at 8pm and end in Calle Xàtiva with the reading of a manifesto.

Puppets from Lambda, a group representing the LGBT+ community, have also been visiting more than 3,200 primary and infant students in 59 schools throughout the Valencia region to talk to children about diversity.

Two new studies lead by the government agency CSIC (Consejo Superior de Investigaciones Cientificas) and the Pediatrics Services of Valencia’s Hospital Clínico have established the impact of Covid-19 infections on breast milk. They are the first studies on a global level to find differences in the quantities of antibodies generated by the three vaccines tested: Pfizer, Moderna and AstraZeneca.

They found that protective antibodies were present in the breast milk of women who had caught Covid, as well as those who had been vaccinated against it, although they noted that the quantity of antibodies increased significantly when a woman received the second dose. The level was also high when a single dose was given to a woman who had previously been infected with Coronavirus.

Both investigations were part of the MilkCorona project, a multi-disciplinary initiative to discover the impact of Covid-19 and its vaccines on breast milk, and their preliminary conclusions are to recommend breastfeeding to prevent Covid in babies because breast milk contains sufficient antibodies to fight the infection.