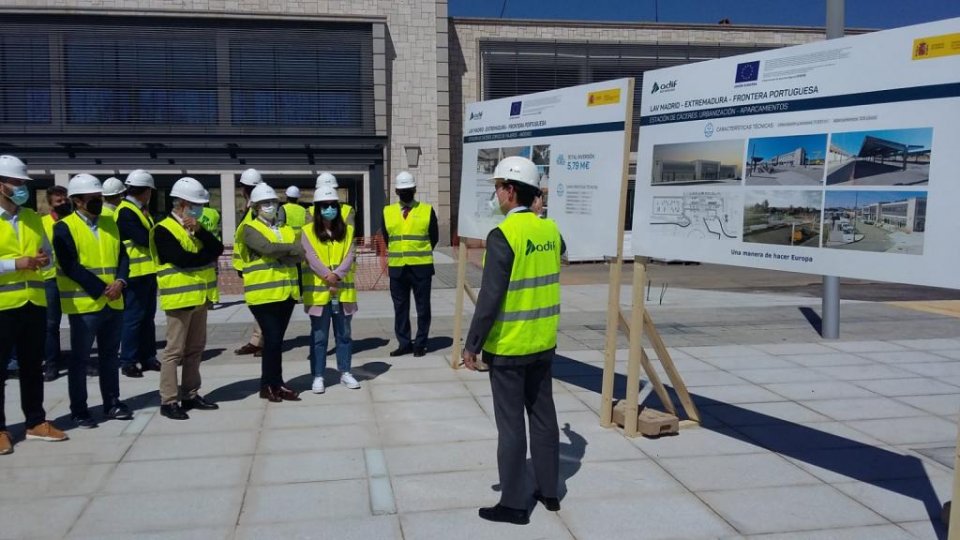 Full capacity at terraces as measures are relaxed

Measures to control the potential spread of Coronavirus are set to be relaxed even further in the coming days. Terraces will soon be allowed to fill to 100% capacity, with nightlife venues able to receive customers both outdoors and indoors.

Bars and restaurants will continue to be allowed to stay open until 1am, whilst licensed nightlife venues, such as discos and music bars, will be able to stay open for an additional hour and close at 2am.

The new measures are expected to be given the go-ahead this Wednesday and come into effect the following day. Regardless of these changes, smoking at terraces is likely to remain prohibited. A minimum of two metres is required for smoking in any open space, which may be too difficult to maintain at terraces full of customers. Click here for all reports on: Coronavirus in Spain

On Saturday, a re-enactment of two gladiators fighting took place in front of Mérida’s Temple of Díana, the ancient Roman ruin in the heart of the old town, in order to promote a new book, Spiculus by author Juan Tranche.

Although no blood was spilled, one of the actors, Javier Romaní told Canal Extremadura: ‘We are fighting for real. We are hurting.’

Tranche, who has researched the topic of his book for several years and has roots in Extremadura, said, ‘The Mérida amphitheatre is perhaps the setting that has inspired me the most because when I sit in the stands I imagine those gladiatorial battles.’

Extremadura’s health service, the Servicio Extremeño de Salud (SES), plans to extend the vaccinations of 40-49 year olds to all areas of the region, after having already begun vaccinating people from this age group in Cáceres. 49 year olds will receive their first doses today in Coria, with 48 year olds getting theirs on Wednesday.

Over half the adult population of Extremadura already vaccinated

50.5% of Extremeños above the age of 16 have now been vaccinated against Covid-19 with at least one dose, whilst 29% are now fully vaccinated. The regional health minister José María Vergeles has also announced that the region will receive a further 377,000 doses this month.

Vergeles has recently received criticism for his handling of the vaccine rollout from local-based members of opposition parties, namely the People’s Party (PP) and Ciudadanos (Cs). In particular, they have accused him of creating confusion with regards to the uncertainty under 60s have faced over whether or not they should receive a second dose of the AstraZeneca vaccine.

PSOE spokeswoman, Estrella Gordillo, has praised the success of the vaccination strategy, and stated that it is based on technical criteria irrespective of politics. She has also accused the opposition of being more interested in spreading doubt that anything else.

Helga de Alvear Museum in Cáceres nominated for another prize

The new building of the Helga de Alvear Museum in the old town of Cáceres is among this year’s finalists for the prize known as the Bienal Española de Arquitectura y Urbanismo.

The modern and spacious building, which was designed by the Tuñón Arquitectos group, houses a large collection of contemporary art from around the world belonging to the Spanish-based German collector whom the museum is named after.

Since opening earlier this year, it has already won the Architecture MasterPrize and is a candidate for the European Union Prize for Contemporary Architecture, also known as the Mies van der Rohe Prize.

The city council in Cáceres has announced that the works taking place at the city’s railway station are almost finished.

The refurbishment and modernisation of the station and its facilities are the result of a six million euro investment project in view of preparing for a high speed rail line to Madrid, that eventually should extend beyond Badajoz and into Portugal, as part of the proposed Madrid-Lisbon connection.

Later this year, the works currently taking place between Badajoz and Plasencia will also be completed, which will significantly cut the journey time from Extremadura to the capital, with the same Madrid-Lisbon project in sight as the eventual goal.

Recently, Portuguese Minister of Foreign Affairs, Augusto Santo Silva, mentioned that although the Madrid-Lisbon line is still on the table, it is currently not first priority. The intention of the Spanish government is, nonetheless, to move ahead with with their part of the project, regardless of what happens across the border, in order to improve domestic infrastructure and provide the people of Extremadura with better access to Madrid.