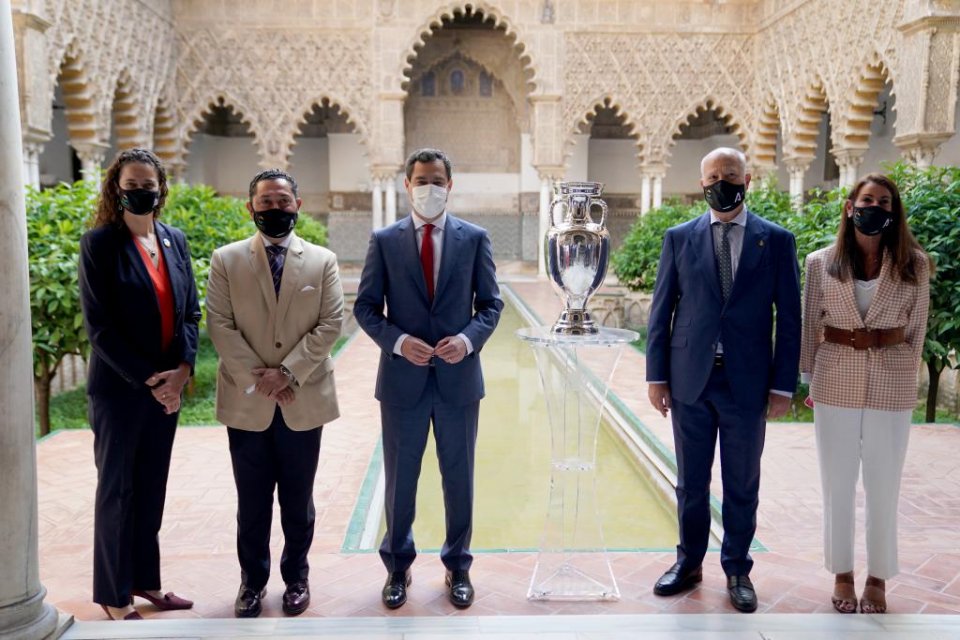 The Andalusian capital of Sevilla is preparing to host three group matches for Spain in the UEFA European Championship that kicks off from 11 June, with the first match for Spain to be held on Monday 14 June against Sweden at La Cartuja stadium.

Bilbao in the Basque Country had previously been selected as the host venue, but the city could finally not meet UEFA’s public health requirements.

The Junta de Andalucía, on the other hand, guaranteed being able to satisfy UEFA’s requirements for 30% of La Cartuja’s usual capacity of fans (20,000 fans out of a total of 60,000.) The council may also increase this to 50% depending on the levels of Coronavirus in the region.

‘This is great news for Andalusia,’ said Juanma Moreno, president of the Junta de Andalucía. ‘The health forecasts are good for that date. The vaccines are having their effect and if we get enough doses we could reach 50% or more of people vaccinated for the first match of the Euro. Every day we can vaccinate 100,000 people and we are going to achieve the goal. Andalusia will be a benchmark in Spain and in the world.’

La Cartuja stadium was completed in 1999 for the World Championships in Athletics. With a capacity of 60,000 seats, it is the 6th largest stadium in Spain and the 2nd largest in Andalusia.

The European Championship, which was postponed and should have run in 2020, runs from 11 June to 11 July. Although matches will still take place in multiple host countries across the continent, the number has been reduced from the original 12 host cities.

Nine of the 24 teams at the postponed tournament will host matches – England, Germany, Spain, Italy, the Netherlands, Denmark, Hungary, Russia and Scotland. In theory, all nine teams have an advantage by playing at least some games at home, but that will change if they progress.

Coronavirus in Spain (2 June) – official death toll since start of pandemic now over 80,000