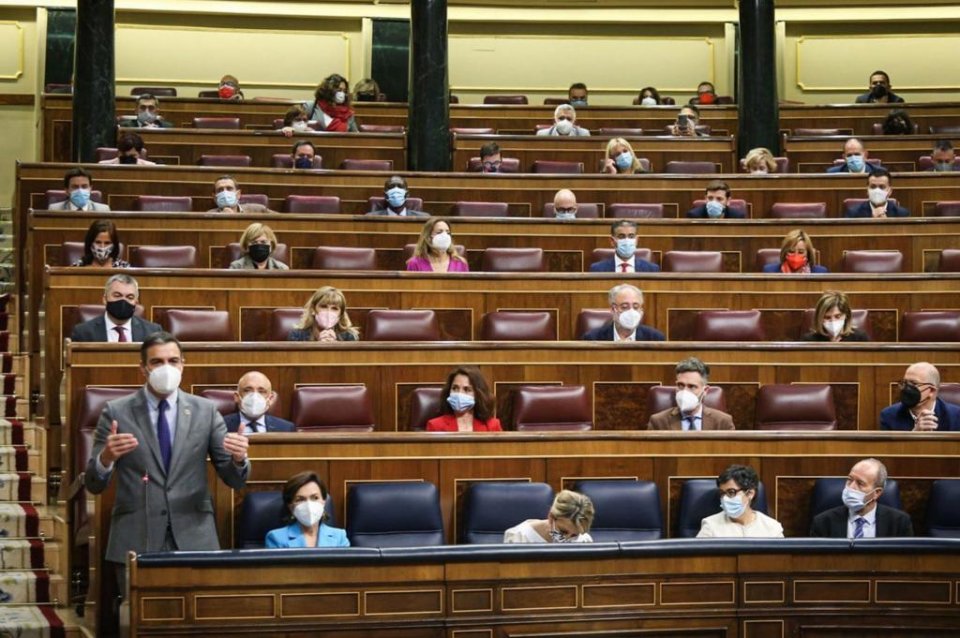 The Spanish Congress approved a law on climate change and energy transition on Thursday, that finally brings the country into line with the EU’s goal to become carbon neutral by 2050.

The law stipulates a 23% reduction in emissions by 2030 compared with 1990 levels, though the goal will be reviewed in 2023 when officials hope to better that target.

Only the far-right Vox party – Spain’s third largest political group – voted against the law, which was overwhelmingly approved after being first proposed a decade ago. The biggest opposition party, the right wing People’s Party (PP), abstained in a reflection of the political squabbling that has been holding up the law.

The Minister for Ecological Transition, Teresa Ribera, acknowledged in a newspaper interview that the legislation was ’10 years overdue’, as other EU countries have already adopted broad legislation to fight climate change.

‘This is a law our country needs and which has been postponed for too long,’ Ribera told MPs. ‘There are threats and risks which don’t respect political colours.’

Greenpeace has said the law does not go far enough and that its objectives are ‘inadequate for complying with the (2015) Paris climate accord’ under which nations agreed to keep the planet’s temperature within 1.5 degrees Celsius of pre-industrial levels.

‘The text is a starting point that will need to be reinforced to successfully tackle climate change in a European country that is one of the most vulnerable to its harsh consequences,’ said Greenpeace. ‘Only by increasing its emission reduction targets will Spain be able to decisively combat the climate emergency.’

Spain plans to phase out combustion engine vehicles by limiting new car sales to electric vehicles by 2040. Fossil fuel mining is to be banned, too.

The law passed on Thursday requires cities with more than 50,000 inhabitants to introduce low carbon emission zones. The government also hopes its climate policies will create 250,000 jobs a year through 2030.

Last month, the EU reached a tentative climate deal to put the 27-nation bloc on a path to being climate neutral by 2050.

‘For the planet, for our future and for the next generations. From today, Spain has a climate law on which to build a green, sustainable, fair and prosperous future for all,’ Spanish Prime Minister Pedro Sánchez tweeted after the vote on Thursday.