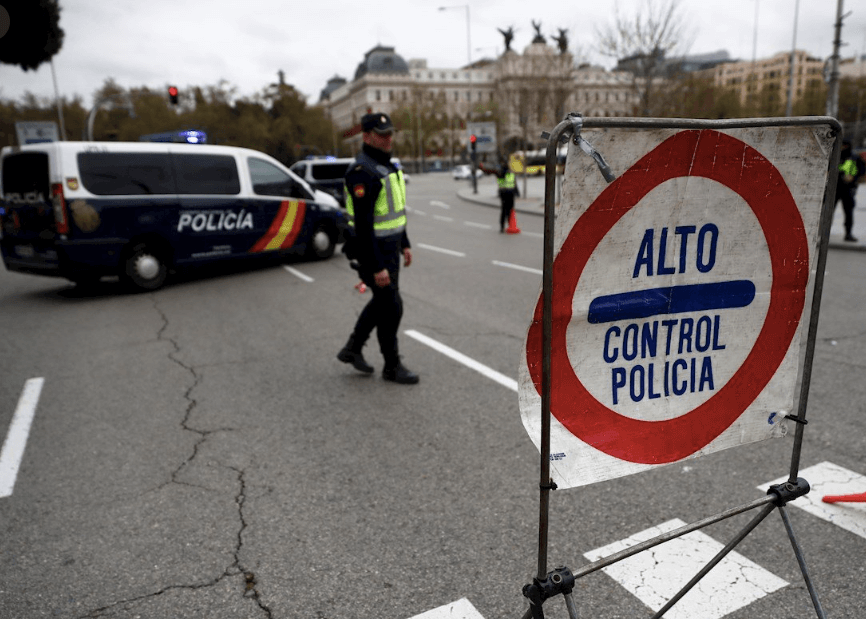 #LATEST – 16 April – Catalonia is set to maintain the ‘comarca’ (county) perimeter lockdown for ‘at least another week’. It had been originally put in place until Mon 19 April. Further details to follow.

Please note we are in the process of updating all details below.

The Spanish Health Ministry confirmed the perimeter closure for each region of Spain during the Easter period (up until 9 April), in order to prevent ‘national tourism’, and with the nighttime curfew finally agreed from 11pm to 6am. 11pm is the latest time for the curfew to start, although regions can also decide to bring it forward (or maintain it if already in place), to 10pm. The measures apply to all mainland Spain; the Balearic Islands and Canary Islands are exempt from the restrictions*.

The measures for the Easter period were in place from 26 March until 9 April, during which no travelling from region to region was allowed. Furthermore, social gatherings should be a maximum of 4 people for indoor public spaces, and 6 people for outdoor public spaces. In private dwellings, gatherings must only be between co-habitants. Each region (see below) will also impose its own restrictions and measures regarding any public events, and continue to manage restrictions regarding bar and restaurant opening times, capacity and opening times of retail outlets, venues, sporting activities and other on-going measures in place. Each region will also still manage any restrictions on travelling within the region itself – between provinces, municipalities, health zones or ‘comarcas’ (counties).

The health authorities in Madrid voted against the new measures for Easter and are challenging the restrictions in court – although in the meantime, they will adhere to them. The Health Ministry has stated that the measures are obligatory and are published in the Boletín Oficial del Estado (BOE).

*People may only travel to the Balearic Islands and Canary Islands for reasons already stipulated in the terms of the State of Alarm (see below), such as returning to a principal residence, or for medical treatment, work, or for caring for dependants. The Health Minister Carolina Darias said, ‘We want to make it clear that you cannot travel to the Islands for tourism.’ ALSO READ: German tourists flock to Mallorca, but citizens from mainland Spain not allowed

Please note that updating this whole report for each region below is on-going. We are a small team so please bear with us – and please also consider supporting Spain in English with a donation.

Spain declared a new nationwide ‘state of alarm’ to combat further cases of Coronavirus from 25 October 2020. It is officially in place for six months, until 9 May 2021. The main purpose of the state of alarm is to enable the regional governments of Spain the legal requirements to impose and enforce nighttime curfews and other restrictions, where required.

With nighttime mobility restrictions, only those people who are going to work or returning from work, or who travel due to force majeure, such as for a medical emergency or to care for a dependent person, are allowed to be out. Full details of the measures originally covered by the state of alarm were published in the Boletín Oficial del Estado (BOE).

Below, we publish the main current restrictions in place for each region, as a result of the state of alarm. We update the information as soon as we can. Please also consider supporting Spain in English with a donation

The archipelago is not under a perimeter lockdown, but many restrictions are in place.

#LATEST – 7 April – Catalonia is reinstating its comarca (county) perimeter restrictions from Friday 9 April, following the Easter break. The mobility restrictions had been lifted on 15 March. The new measures will now be in place until at least 19 April. Other restrictions are as follows:

The Valencia region is easing some restrictions from 12 April. Please click here for our separate report: Valencia in English – weekly round-up (11 April)

The Valencia region relaxed further restrictions from 15 March until 12 April:

Under the previous state of alarm imposed during 2020, Spain had originally commenced a nationwide lockdown for two weeks from 14 March 2020, with measures that confined everyone to their homes apart from leaving to purchase food or medication, or to go to their place of work only if they could not perform their duties from home. As the state of alarm could only be in place for a maximum of 15 days at a time without a vote in parliament to extend it, there followed six debates in order to do so.