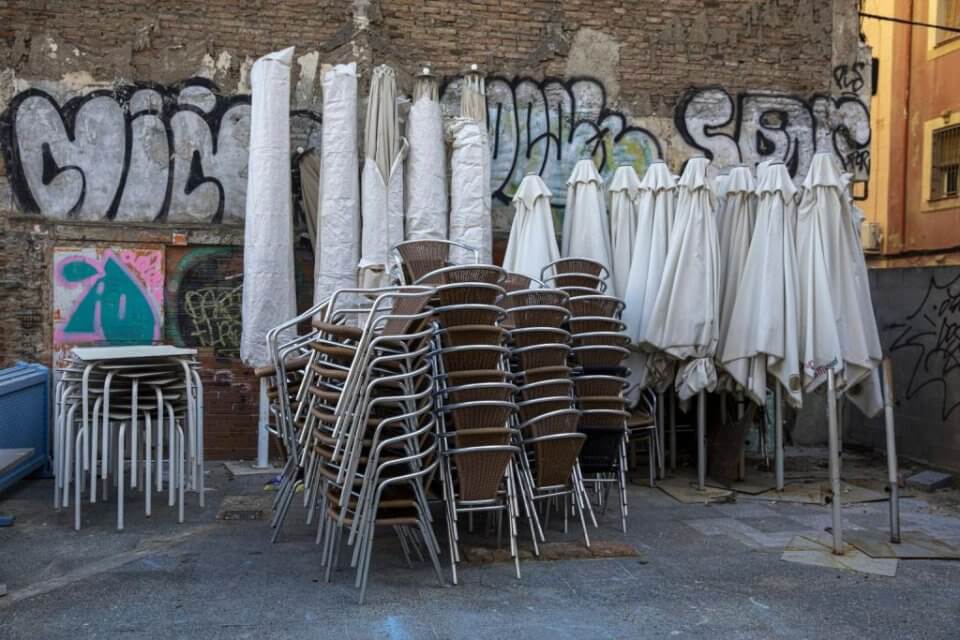 The number of unemployed people in Spain rose above 4 million for the first time in five years during February, according to official data released on Tuesday, showing how Covid-19 restrictions and the ‘third wave’ continue to devastate the jobs market. The last time unemployment in Spain hit 4 million was in April 2016.

Since the start of the pandemic, Spain has shed over 400,000 jobs, with two-thirds of them in the tourism and hospitality sector. Not only did the country see an 80% drop in international tourists during 2020, resulting in the lowest number of visitors since 1969 – but on-going Covid-19 restrictions on bars and restaurants have also taken their toll. Spain’s tourism sector normally accounts for 12.3% of the country’s GDP – and it also generates more than 2.6m jobs in the country.

Unemployment claims in February grew by 1.12% from the previous month, or by 44,436 people to 4,008,789, the new data showed, making it Spain’s fifth consecutive monthly increase in unemployment.

The number was also 23.5% higher than in February 2020, which was the last month before the pandemic took hold in Spain, with the country starting its first lockdown from 14 March last year.

‘The increase in unemployment, due to the third wave, is bad news, reflecting the structural flaws of the labour market that are accentuated by the pandemic,’ Labour Minister Yolanda Díaz tweeted. ‘We continue working to reverse them, aware of the people and daily realities behind the figures.’

Restrictions vary sharply from region to region in Spain, with some closing down all hospitality businesses, yet with Madrid taking a more relaxed approach and keeping bars and restaurants open. According to Coronavirus statistics released by the Health Ministry on Monday, however, Madrid is the only region where the incidence rate is still higher than the ‘extreme risk’ level of 250 – at 284.

A total of 30,211 jobs were lost in Spain in February, seasonally adjusted data from the Social Security Ministry showed. It was the first month more positions were closed than created since Spain emerged from its strict first-wave lockdown last May. However, the number of people supported by Spain’s ERTE furlough scheme fell by nearly 29,000 to 899,383 in February.

‘These figures have remained more or less stable since September, indicating that the second and third waves of the pandemic have had a much smaller effect than the first in this regard,’ the ministry said in a statement.

Hotels, bars and restaurants and air travel are the sectors with the highest proportion of furloughed workers, it added. Tourism dependent regions like the Canary Islands and Balearic Islands have been particularly hard hit, with the workforce contracting by more than 6% since last February in both archipelagos.

Last week Spain announced a further 11 billion euro package for small and medium-sized companies, as well as for those who are self-employed, specifically in the tourism and hospitality sectors, to help them cope with the economic fallout from the pandemic.

The Spanish government had initially provided mainly state-backed loans, while the sectors most hit by the crisis, including restaurant owners, had demanded direct aid. It was still unclear whether the new help would be in the form of direct aid or other economic support.