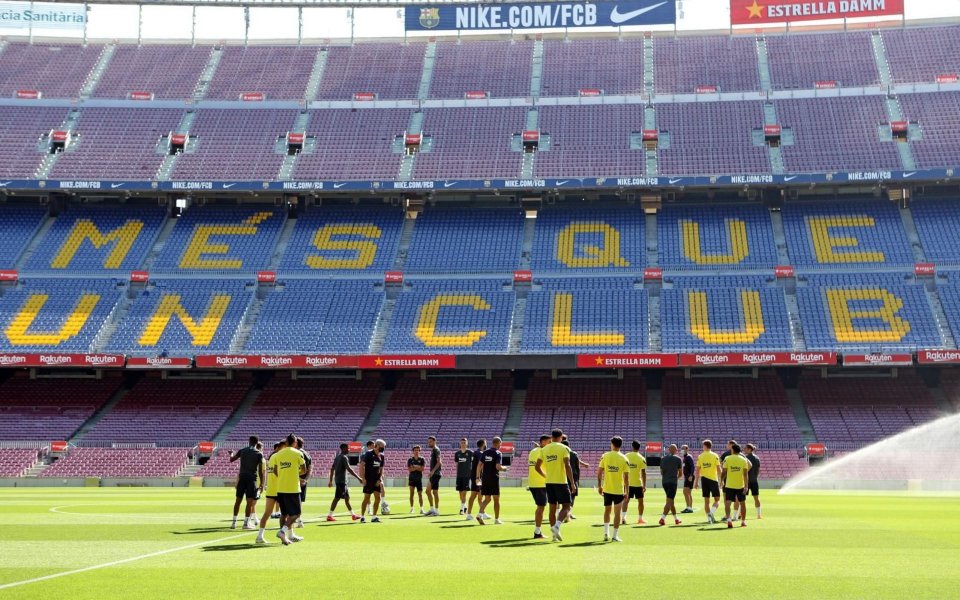 #LATEST UPDATE – 7 March at 23.40h – Joan Laporta has won the FC Barcelona presidential election. With 55,661 votes cast, Laporta won around 54% of the votes, followed by Victor Font (30%) and Toni Freixa (9%). First elected in 2003, Laporta presided over one of the club’s most successful spells, until 2010. Laporta hired Pep Guardiola as manager in 2008, and a year later the club won six titles: La Liga, the Champions League, Copa del Rey, Spanish Super Cup, European Super Cup and the Club World Cup.

The Catalan police (the Mossos d’Esquadra) have detained Josep Maria Bartomeu, the ex-president of FC Barcelona, as well as other former and current directors of the club, on Monday morning. It follows a police search carried out at the offices of Barça at Camp Nou.

According to reports in the Spanish media, the three other people detained on Monday in addition to Bartomeu, are former board member Jaume Masferrer, Barça’s current CEO Òscar Grau and the head of legal services, Román Gómez-Ponti.

It has also been reported that the financial crimes unit of the Mossos is leading the operation. It is the second time officers have investigated the club’s alleged wrongdoings, having previously requested documents relating to the ‘Barçagate’ scandal.

In April 2020 it was revealed that FC Barcelona had reportedly hired a social media company to publish negative stories about perceived enemies of former president Bartomeu, including current players and former figures with ties to the club, as well as positive stories boosting Bartomeu’s reputation.

Months later, a number of board members resigned, citing a lack of faith in the club’s management; Barçagate was just one of the examples given.

Further scandals, plus the very public fall-out with Lionel Messi initially wanting to leave the club led many members to launch a vote of no confidence against Bartomeu, who resigned before the vote.

Next Sunday 7 March, the club will hold an election to elect the new president for the coming six years, with three candidates: former president Joan Laporta, Víctor Font and Toni Freixa.

Regarding the entry and search by the Catalan Police force this morning at the Camp Nou offices by order of the Instructing Court number 13 in Barcelona, which is in charge of the case relating to the contacting of monitoring services on social networks, FC Barcelona have offered up their full collaboration to the legal and police authorities to help make clear facts which are subject to investigation.

The information and documentation requested by the judicial police force relate strictly to the facts relative to this case. FC Barcelona express its utmost respect for the judicial process in place and for the principle of presumed innocence for the people affected within the remit of this investigation.