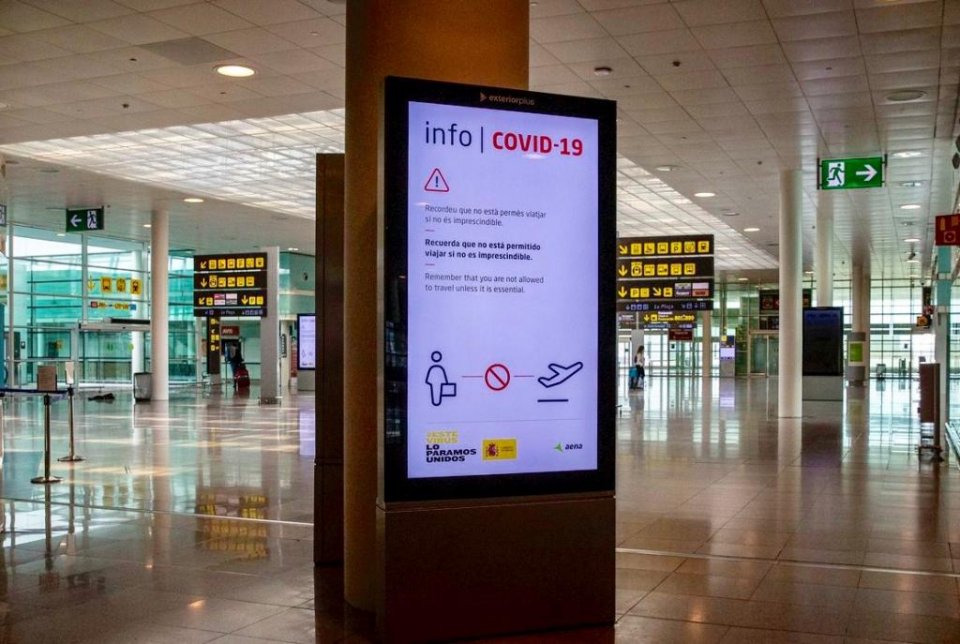 Spain’s Minister of Industry, Commerce and Tourism, Reyes Maroto, has reiterated the central government’s commitment to recuperate economic activity for the industry worst hit by the pandemic. Foreign tourism in Spain fell by 80% during 2020.

Stating that a future without Covid-19 is ‘closer every day’, she confirmed that government departments have been working on guaranteeing safe travel – whenever possible – into and out of Spain.

Making reference to the support for the development of a vaccine passport, the minister assured that the introduction of an internationally recognised Covid-19 immunisation document and the return of safe travel corridors, were being explored by government departments.

‘Our priority in 2021 is to reactivate tourism and resume safe mobility globally, as soon as possible. We are working to adopt a common framework of predictable action to give confidence to tourists and we hope that at the end of spring and especially in summer international travel will resume.’

The Spanish government is working in collaboration with the Organisation for Economic Co-operation and Development (OECD) and the European Commission for measures to be approved by summer, but so far the World Health Organization (WHO) and the EU have been reluctant to proposals of an immunity passport.

With the vaccine rollout underway in many countries, the hopes for normalised travel have been pinned on the creation of a vaccine passport – with arguments in favour stressing that it may also function as an incentive for people to get vaccinated.

As current restrictions will continue to affect travel to Spain from the UK, South Africa and Brazil until 2 March, Spain’s tourism minister has asserted that a vaccine certificate could put an end to these restrictions, and others, such as mandatory quarantine and compulsory PCR tests.

Iceland, Sweden, and Denmark have already undertaken plans for the creation of an inoculation certificate to allow for the reopening of borders and economic activities, with the UK also recently announcing its intention to explore the idea of a vaccine passport.

Freedom of movement for vaccinated citizens has not received a homogeneous response in the EU – with member states such as Germany and France voicing their concern. French President Emmanuel Macron urged that the possibility of a community vaccine passport be treated ‘with great caution’. With high levels of vaccine reluctance in comparison to other EU countries, French critics have argued that vaccination passports could be seen as a way to force mandatory inoculation.

The World Health Organization has expressed concern on a scientific and ethical level. From a scientific perspective, WHO argues that there are still a number of unknowns, such as the efficacy of vaccines in reducing transmission (also for new variants), the duration of protection against asymptomatic infection, or how long vaccination should happen before travelling.

Regarding ethical concerns, WHO has warned that because of the limited availability of vaccines and their unequal distribution in the world, the introduction of an immunisation passport may deepen existing inequalities and introduce new ones.

Furthermore, facilitating travel between countries by means of a vaccine passport will have to depend on any protocols or regulations in place in the country of destination at the time of travel. As Carlos Garrido de la Cierva, member of the Spanish Confederation of Travel Agencies, argues, ‘the situation is complex because each country is demanding different conditions and, moreover, these conditions are constantly changing’.

Government ministers have been reluctant to put a time frame on any advances – travel plans for Easter looking unlikely at this point in time. Although the government has stressed its desire to restore the tourism sector this year, the minister for tourism has asked for prudence, highlighting that it will also depend on the epidemiological situation in Spain.

Foreign tourism in Spain fell by 80% in 2020 – the lowest figure since 1969. The regions worst hit by the plummeting figures in tourism throughout 2020 were the Balearic and Canary Islands and the regions of Madrid and Catalonia. Another summer in Spain without tourism would be catastrophic for livelihoods and the economy. During pre-pandemic times, British visitors to Spain accounted for 20% of foreign visitors (more than 18 million in 2019). The possibility of vaccine passports for travel from the UK, as well as the creation of safe corridor, could prove essential for to the recovery of the devastated sector.

Latest figures (up to 15 Feb) show that Spain has now received 2,914,755 doses of Covid-19 vaccines (from Pfizer-BioNTech, Modernaand AstraZeneca), and that 2,561,608 jabs have been administered. This is 87.9% of total vaccines received. 1,070,091 people have now received a second jab. In a separate report, we have published the amount of vaccines received and administered for each region in Spain. Latest: Covid-19 Vaccinations in Spain

Rapper Pablo Hasél detained by police, after barricading himself in at Lleida University