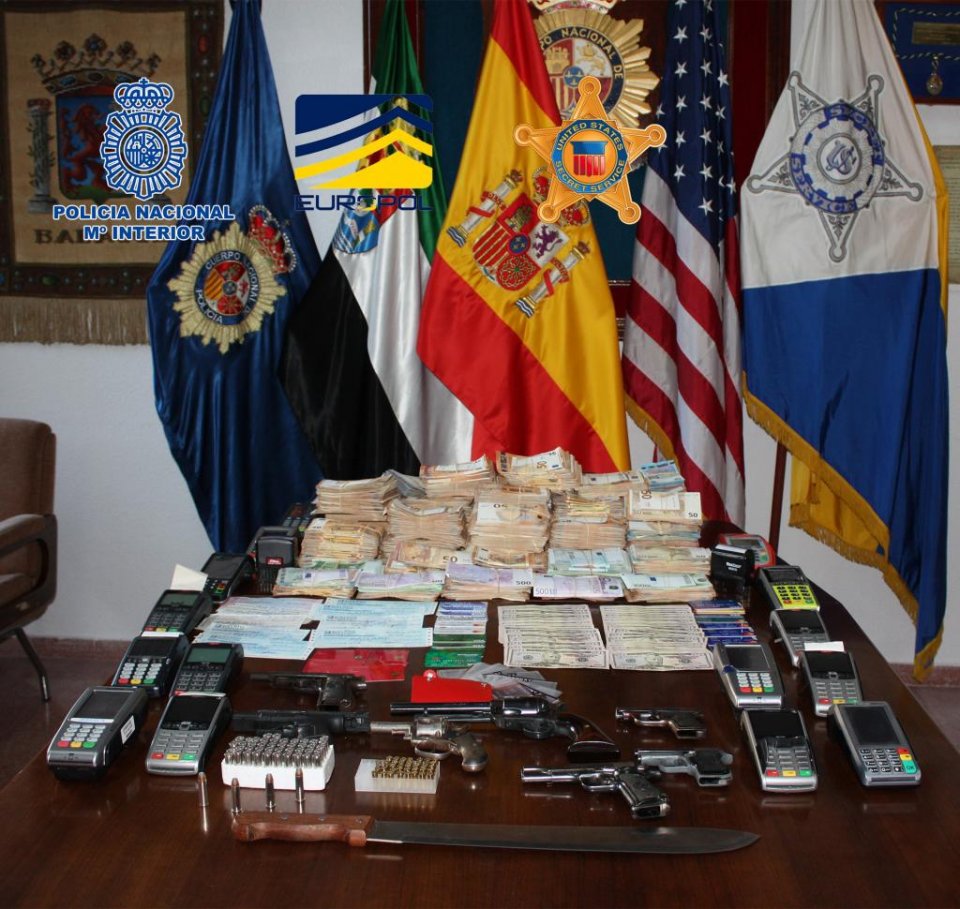 Police in Spain working with the US Secret Service have closed down a criminal network that had the potential to defraud more than 12 million euros via a credit card scam extending across more than 15 countries, authorities have said.

105 alleged members of the network have been arrested in the transatlantic operation, a Spanish National Police statement said, with another 14 charged. Police said that 88 simultaneous searches were carried out in four European countries, in which Europol also assisted.

The criminal network was headquartered in a hotel in the Spanish town of Miajadas in the province of Cáceres (Extremadura), police said, and where they coordinated their illicit activities that extended across 24 provinces within Spain, and across 15 other countries, including Greece, Austria, Britain, Denmark, Ukraine and Germany. The network also spanned more than three US states.

The gang allegedly took advantage of a legal loophole that allows US credit card holders to make purchases in Europe with no funds, while banks on both continents settle the transactions. Although the transactions were eventually rejected, the vendors – in this case mainly complicit hotels, bars and restaurants – kept the money. They would then transfer the funds back to the ring, keeping a commission for themselves, the police statement said.

The police statement said that the ‘dismantled network created shell companies in the US and, after demonstrating false economic solvency, requested credit cards with the maximum amount available under the pretext of using them on their trips to Europe’. Once in Spain, the US credit cards were used in conning establishments for high amounts through the ‘pre-authorisation system’, taking advantage of the difference in payment acceptance between American and Spanish banks.

The investigation began 18 months ago and was led by the Spanish National Police in conjunction with the US Secret Service, with the participation of Europol.