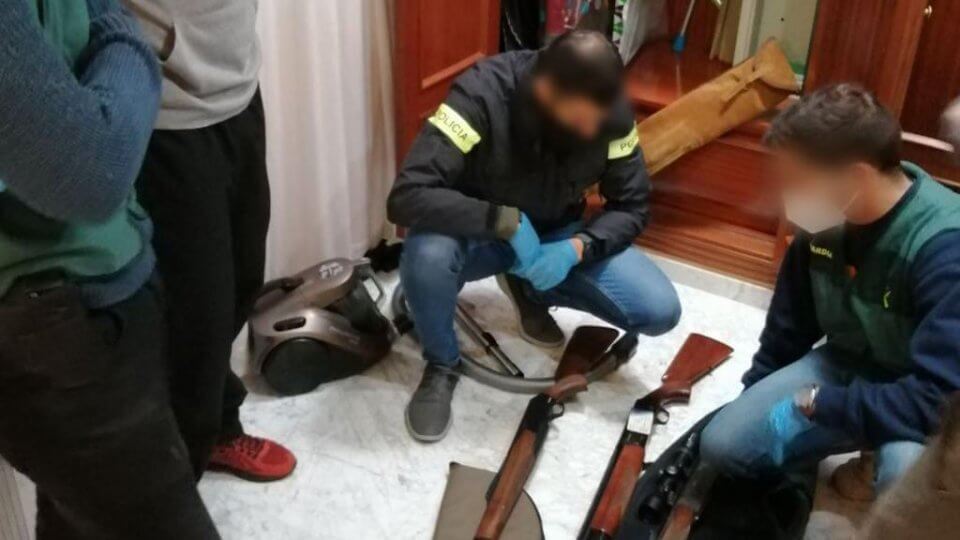 In a joint operation of Spain’s Guardia Civil and the Catalan police (Mossos d’Esquadra), two men linked to white supremacy groups were arrested on Sunday for allegedly selling drugs in order to buy weapons for a future race war.

Police said that it was part of an investigation that began in September 2019 and which at the time had led to the initial arrest of two other men, one in Pobla de Cèrvoles (in the province of Lleida in Catalonia), and another in Campello (Alicante). The new arrests on Sunday took place in Ronda (Málaga) and Pamplona (Navarra). Police say that the men, who have not been named, intended to buy weapons and create ‘isolated white supremacist groups’. In one of the raids, police found a Nazi flag and other white supremacist symbols.

In messages posted on the networks of white supremacy groups, police said that the men had expressed the intention of stocking up on weapons and preparing for what they called ‘the race war’, in order to provoke an attack. The investigation claims that the detainees sought, ‘through the cultivation and sale of psychotropic substances’, to obtain financing mechanisms that would allow them to create ‘isolated and armed white communities’.

Officers also discovered messages made by the suspects on social media that praised Brenton Tarrant, an Australian who shot dead 51 Muslims in Christchurch, New Zealand, in March 2019.

The two men arrested on Sunday are of Spanish nationality. They appeared in court in Lleida to face charges of race hate crimes, possession of weapons and explosives, support for racist terrorism and offences against public health. They were released on bail.