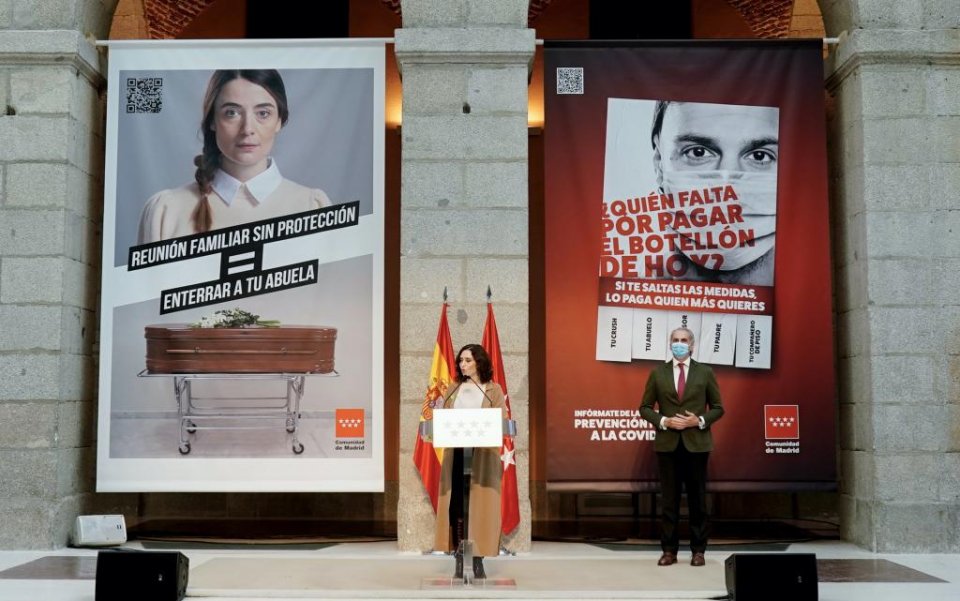 The latest official figure* released by the Spanish Health Ministry on Wednesday 18 November for the number of people who have tested positive for Coronavirus (Covid-19) since the start of the pandemic is now 1,525,341. This is an overall increase of 15,318 against the figure released on Tuesday. Last Wedneday’s data had shown an overall increase of 19,096. The ministry claims that 7,090 of these infections have occurred in the past 24 hours (the figure had been 8,943 last Wednesday for a 24 hour period).

According to the latest data, the number of people currently requiring hospital treatment for Covid-19 is 19,403 across Spain – of which 3,120 are in intensive care (UCI). This currently represents a total 32.04% occupation of intensive care wards for Covid-19 patients across Spain (Tuesday’s figure was 32.31%). Hospital data could include patients who have shown symptoms of Coronavirus, but are still awaiting test results. The full data shows the numbers per region and % occupancy of UCI wards.

The official figure* for the total number of Coronavirus-related deaths on Wednesday 18 November is now 42,039 – an increase of 351 since Tuesday. It is now a total of 1,346 deaths in the last 7 days.

Figures released on Tuesday had shown an overall increase of 13,159 infections over Monday, with the ministry claiming that 5,897 had occurred in a 24 hour period.

Monday had seen an overall increase of 38,273 infections over Friday, yet 3,321 in a 24 hour period. The ministry has not been updating its figures during the weekends since Friday 3 July.

Of the 7,090 new infections claimed by the Health Ministry to have only been registered in the past 24 hours on Wednesday 18 November, the numbers per region are as follows:

The Madrid regional government recently unveiled a strong new advertising campaign warning of relaxing social distancing and other precautions against Covid-19. It revolves around three key messages: quarantine compliance, meeting behaviour and adequate ventilation in confined spaces. There is also a parallel campaign aimed at the younger generation, with messages on Spotify, YouTube and in university areas of the Madrid region. The message (below) in one of the videos of the campaign is: ‘Be extremely careful at each family gathering, so that it is not the last one your grandmother attends.’