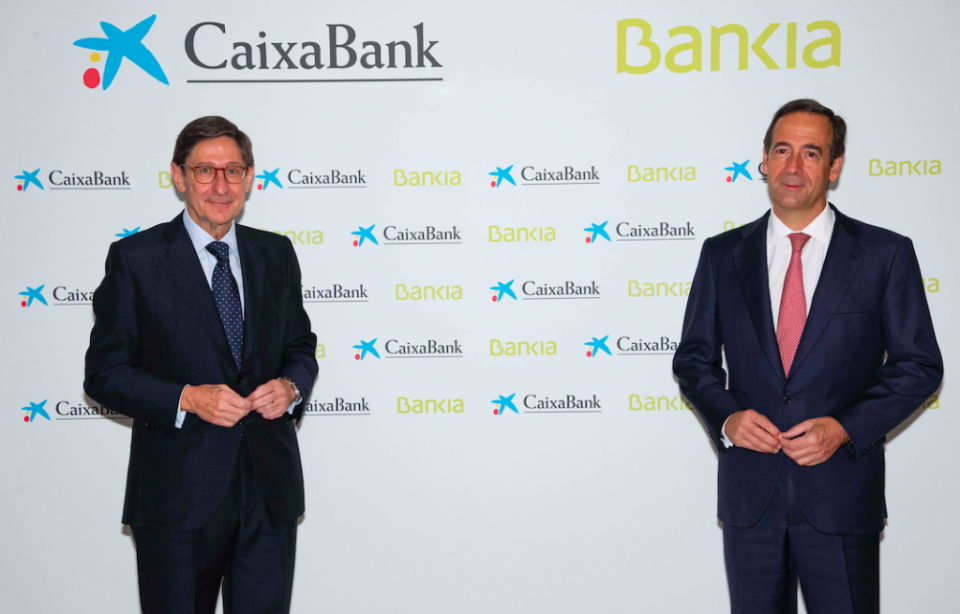 The boards of Spain’s CaixaBank and Bankia have approved a merger plan between the two, which will create Spain’s largest financial institution.

The new bank will keep the CaixaBank brand, and will have assets of more than 664 billion euros, the companies said, surpassing Spain’s Santander and BBVA banks.

In a joint statement issued on Friday, the banks said that both entities had approved the operation, ‘to be executed as a merger by absorption of Bankia by CaixaBank, which must be approved at the General Shareholders’ Meetings’.

The agreement consists of an exchange ratio of 0.6845 new CaixaBank ordinary shares for every Bankia share and includes a 20% premium over the exchange ratio at the closing of 3 September.

The new bank ‘will be the leading bank in Spain with more than 20 million customers’, the statement read, with ‘a diversified and balanced geographic presence’.

José Ignacio Goirigolzarri of Bankia will be the executive chairman of the entity, with Gonzalo Gortázar of CaixaBank holding the position of CEO.

‘With this operation, we will become the leading Spanish bank at a time when it is more necessary than ever to create entities with a significant size, thus contributing to supporting the needs of families and companies, and to reinforcing the strength of the financial system,’ José Ignacio Goirigolzarri said.

Gonzalo Gortázar stressed that ‘the merger will allow us to face the challenges of the next 10 years with greater scale, financial strength and profitability, resulting in greater value for our shareholders, more opportunities for our employees, better service to our clients and a greater capacity to support Spain’s economic recovery.’

Since 4 September, when the merger talks were made public, the two banks have been discussing what weight each group will have in the new organisation, whether there will be staff cuts or not.

A large part of Bankia’s assets is controlled by Spain’s public bank bailout fund FROB, following a public bailout in 2012. The Spanish finance minister, Nadia Calviño, said that the government would oversee the merger with the aim of securing a ‘strong’ and ‘stable’ financial system, as well as to protect Spain’s public interest.

With 6,727 offices combined across Spain, the new institution would far surpass Santander’s 3,222 and BBVA’s 2,592. Also according to Barclays, 1,411 Caixabank and Bankia offices could possibly share the same postal code and eventually be shut down.