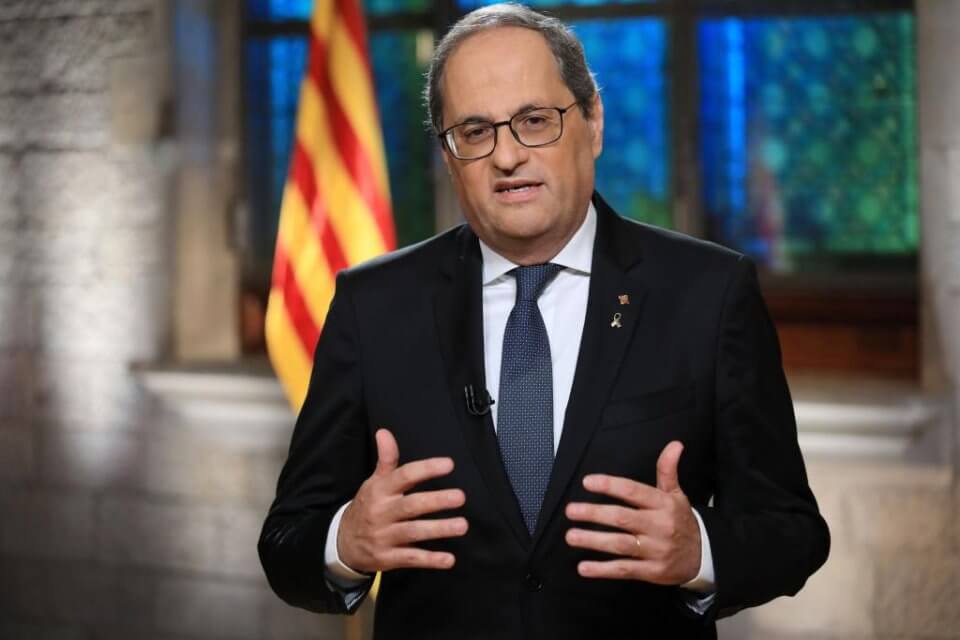 In a televised address on Friday, on the eve of La Diada Nacional de Catalunya (Catalonia’s National Day), the Catalan president Quim Torra asked Spain for a ‘solemn act of apology’ for the killing of thousands of Catalans during the Franco dictatorship, including the execution of the Catalan president during the Spanish Civil War, Lluís Companys.

Torra accused the Spanish authorities of failing to assume their ‘responsibility’ in the 1940 killing of Companys.

‘This year,’ said Torra, ‘we’re commemorating the 80th anniversary of the execution of President Companys by firing squad. Yet Spain has still not accepted its responsibility or apologised to the people of Catalonia.’

He also said that Spain’s king Felipe VI, as well as the Spanish prime minister, the PSOE leader Pedro Sánchez, should publicly apologise for the ‘persecution, detention and shooting of president Companys and thousands of Catalans who died in exile, in Nazi concentration camps, and in Catalan prisons’.

The death of Francisco Franco in 1975 put an end to a dictatorship that started with a military coup in 1936, followed by the Spanish Civil War.

However, the transition to democracy hasn’t yet seen justice for Franco’s victims, and reparations remain a controversial subject 45 years after the dictator’s death.

Sánchez’s coalition government has pledged a new bill on historic memory that would annul Francoist sentences, including the one ordering the execution of Companys, and could also ban the Francisco Franco Foundation, defending the late dictator’s legacy.

Torra believes the Spanish government should go further and stage an official act of apology to Catalonia.

During his speech on the eve of La Diada, Torra also said, ‘We persist in our democratic pursuit of freedom and will continue to do so until we achieve national fulfilment as an independent state. We will pursue this goal with the inclusive and entrepreneurial spirit that defines us.’

Click here for all our previous reports on the Catalan Trial, verdicts and sentencing