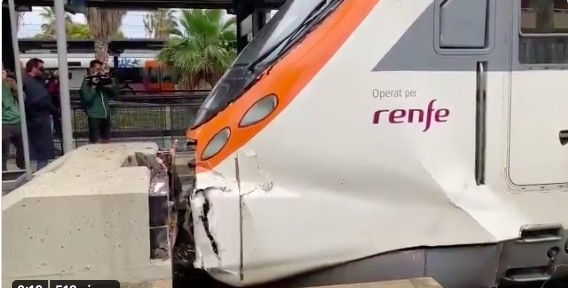 A train collision with a platform buffer stop at Mataró railway station, north of Barcelona, left 16 people with minor injuries on Tuesday.

Ten people were transferred to hospital: four to Mataró, two to Badalona’s Germans Tries hospital, and the other four to the Hospital of Badalona.

Rodalies Catalunya issued a statement to say that, ‘At 4.25pm, during the parking manoeuvres of the L’Hospitalet de Llobregat to Mataró train, there was a collision [against the buffer of] Track 4 at Mataró station, which has so far caused minor injuries to the driver and 16 passengers’.

Protocols for the incident were immediately activated, the statement read, and Civil Protection, Fire and SEM ambulance services were notified.