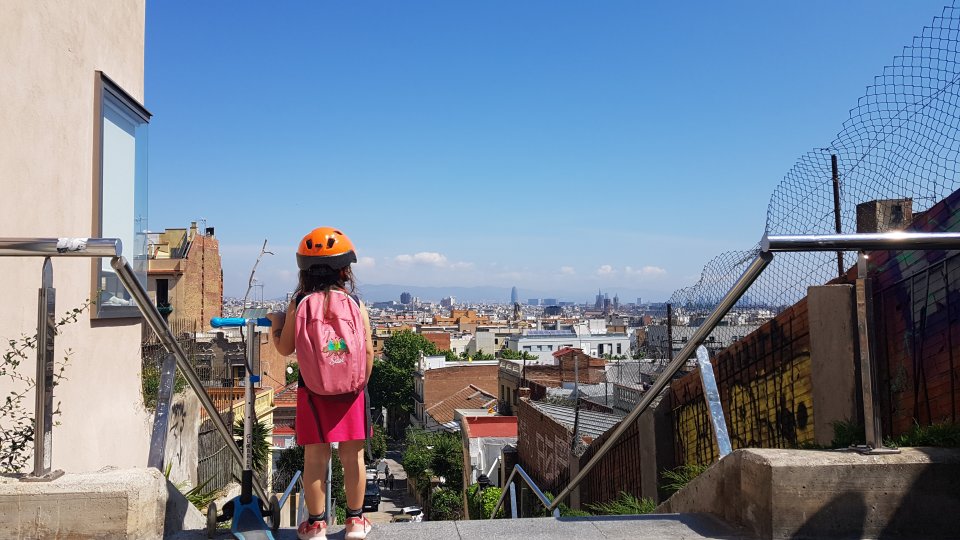 My children, Savi (4) and Eloy (1), along with six million others across Spain, had been confined to their home since 14 March as part of what was considered to be ‘Europe’s strictest lockdown’. Last Sunday was their first trip out in six long weeks.

For me, as a relative newcomer to Spain, these weeks have been insightful. From the way children are perceived to the country’s relationship with welfare, government decisions, both central and regional, have been telling.

As I believe is the case everywhere, lockdown policies have needed to be socially and culturally relative, taking into consideration amongst other things, population density and housing norms. Arguably, Spain opted for harsher distancing measures due to intergenerational and extended social networks that are broader and more intimate than experienced in other parts of Europe. These measures are also likely to reflect the relationship between state and citizen and the degree of trust it enjoys.

At the same time, more sparingly acknowledged – the experience and impact of lockdown policies are also entwined in the social experience, and are, as a result, not uniform.

Public debate, however, simplified the experience of children into two camps: the idea that children are resilient, against the argument that children will be traumatised. On the one hand, we parents were told that this extraordinary slowing of time is an opportunity to re-connect, that our children will thrive in our positive presence. And on the other, we were reminded that they will likely gain too much weight, experience anxiety, regressions and problems sleeping.

This ‘resilience versus trauma’ dichotomy, however, lacks a more nuanced understanding, and consequently masks the underlying social dynamics that build the foundations for either. Children are not a homogenous demographic – rather they are subjects of vastly different realities.

For my family, lockdown has been a largely positive experience. We live in a spacious, bright apartment and spend much of the warm days on the balcony. We have become friendly with the neighbours who have gifted us Easter treats, games, lemons and homemade face masks. We have all witnessed our son’s first steps and have cheered him on as he honed his new skill. In a way, the last six weeks have helped make our home of two years finally feel like home.

We are in the very privileged position of being able to live securely on a single income, an income that has not been lost. Savi and Eloy have therefore had the full and unstressed presence and attention of at least one parent, 100% of their time.

Their experience under confinement is unfortunately not the reality of the 2.1m children in Spain that are living in poverty, characterised in the cities by dark and cramped living conditions, frequently with entire families sharing a single room.

Nor does it resemble the living conditions of countless more, whose families are now finding themselves on the brink, tipped over by lost jobs in the formal or informal economies. Nor of parents who still fortunately have their incomes, yet both continue working impossibly long hours as the entire planet remains in stubborn denial of the ability of parents to work, care for and educate their children from home, all at the same time.

The claim that children are resilient fails to acknowledge the factors that contribute to their resilience just as a broad diagnosis of trauma hides the specific conditions of trauma. Conveniently, perhaps, as these now exponentially compounded conditions existed long before lockdown began.

Last week’s fiasco announcement about the lifting of restrictions for children, quickly followed by the Spanish government’s spectacular U-turn, reduced the plight of children to political posturing. To really centralise the welfare of children, concrete provisions are required to address concrete needs – and in particular, the needs of the most vulnerable. Beyond public appeasement, before, during and after lockdown.

Specifically, more needs to be said about the care provisions for the children of frontline workers, nightshift workers and the many others who have now returned to the workplace. How millions of children are to access food support during the long summer months requires public discussion.

Notably, the voices, concerns and experiences of these most vulnerable families need to be better represented in an otherwise top-down mainstream media. The claim that children will be traumatised by such a severe lockdown may pay the realities of these families some lip-service, but – without a deeper and more honest conversation – it does not do them any justice. And it certainly does not build the conditions for resilience.

Our Sunday excursion was enjoyed on Montjuïc, recognising how fortunate we are to live at the foot of Barcelona’s most sizeable green space. We engaged in our familiar departure rituals with lengthy debates on the necessity of a jacket on a sunny day, the teary frustration of a helmet that feels too wobbly – and now also a face mask that feels too tight. And for a fleeting moment, I experienced the luxury of wondering if it was all worth it.

It might have been our early timing, but I did not witness the scenes of complacency that inundated my social media feeds for the rest of the day. We saw children and their parents happy to be outside, investigating the trees and the stones, respecting the two metre distance.

Occasionally I worry about the long-term impact that isolation might have on the hard-won gains that my daughter has made integrating at school. I puzzle at how it is possible to be in the constant presence of your children yet still be fought over. I wonder what it means for me, and whether or not an already competitive job market will be even harder to enter when all of this is over.

Ultimately, however, I know that in the scheme of things these are frivolous concerns, ones I can entertain because we are secure enough to do so. And I know that because of this, unlike too many others, my children will be fine.

Tina Mason is a writer and mother living in Barcelona. She is interested in ‘society, community and the human experience’. A slightly longer version of this article first appeared on Tina’s blog post on Medium.

Coronavirus in Spain full update (1 May)

Coronavirus in Spain full update (2 May)