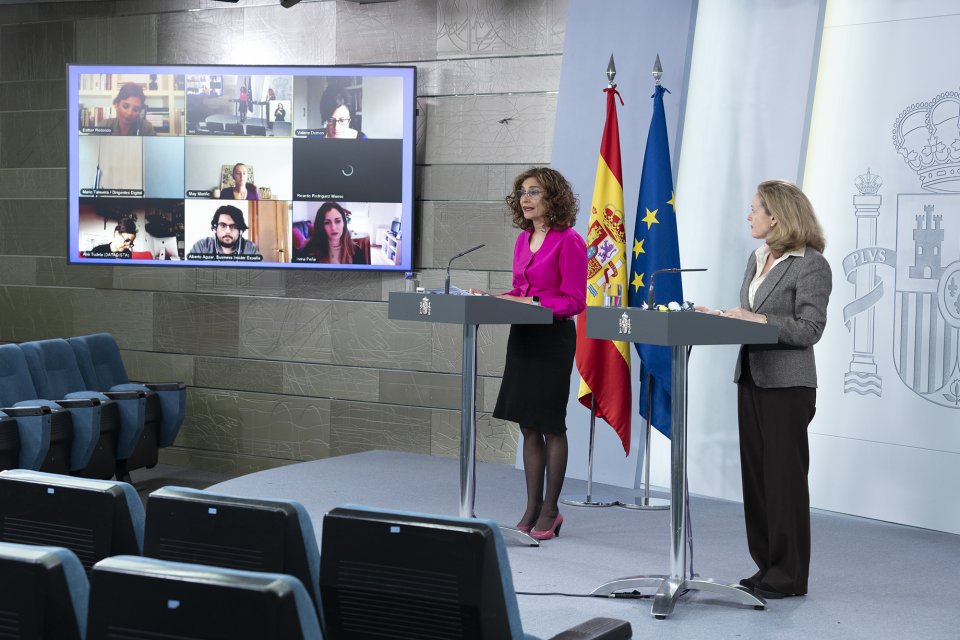 #LATEST (21.15h) – The Spanish government has changed its earlier decision on the confinement measures for children. Spanish Health Minister Salvador Illa announced on Tuesday evening that children under 14 will be allowed to accompany adults on walks, and not only to accompany an adult to a supermarket, pharmacy or bank.

Illa acknowledged that the government had ‘listened’ to the criticism received from the earlier statements given during the day, that had also come from within its own coalition partner, the left-wing Podemos group.

‘This weekend, I will issue an order that will allow children to be able to go for walks,’ said Illa. Further details of how frequent the walks can be and under what ‘conditions’ would be given later on.

Tomorrow in the Spanish Congress, there will be a debate regarding the plans for the new lockdown extension. We will be reporting and updating on it throughout the day.

Spanish government spokeswoman, María Jesús Montero, announced on Tuesday that from Monday 27 April, children under the age of 14 in Spain will be allowed to accompany an adult to a supermarket, pharmacy or to a bank – but not for walks in a park or elsewhere.

It comes prior to the debate in the Spanish Congress this Wednesday, in which the coalition government led by PSOE socialist Pedro Sánchez, is seeking authorisation to extend the current ‘state of alarm’ lockdown in Spain until 9 May, yet at the same time relaxing some of the confinement restrictions for children from 27 April onwards.

Speaking at a press conference following a cabinet meeting on Tuesday, María Jesús Montero said that the proposal to be put forward by the government in Congress is that, ‘from 27 April, minors aged 14 and under can accompany an adult on a trip outside of the house, such as going to the supermarket or the pharmacy.’

‘The majority of children have been at home for five weeks,’ said Montero, adding that ‘the probability that they are infected [with Coronavirus] is effectively low. We are not relaxing [all] confinement measures. We propose that the release be controlled. We are appealing to the responsibility of parents in order to guarantee safety.’

She also said that youngsters aged between 14 and 17 have been able to carry out tasks like ‘buying bread’ at all times, and they would continue being able to do so.

‘People at home are already doing things like going for bread or the newspaper,’ explained Montero. ‘A 4 or 5-year-old cannot do these things on their own, but a 15, 16 or 17-year-old is obviously already doing them and will continue to do so without any problems.’

Montero also said that the restrictions may be relaxed further according to the progress of the Coronavirus pandemic.

The announcement of the new proposals have prompted an immediate reaction on social media in Spain, with many questioning why children should be allowed to enter closed buildings instead of going for walks in the fresh air, or taking exercise or doing activities in open spaces and parks.

In the current lockdown in Spain, dog owners are allowed to take their pets for walks, but only one adult at a time. The walks should also be within 100m from the home, although this has not always been enforced. Under the new proposals being put forward by the government, children would not even be allowed to accompany a parent or guardian walking the family dog.

In Catalonia, the regional government had proposed allowing children to access parks and areas with gardens – but not children’s playgrounds – for up to 2 hours a day, with time slots for different age groups.

Under the rules of Spain’s current ‘state of alarm’, however, any proposals put forward by the country’s regional governments regarding the relaxing of restrictions would need to be approved by the central government in Madrid.

#UPDATE – Spain’s Ciudadanos (Cs) party, led by Inés Arrimadas, has registered an amendment to the proposed extension to the lockdown by the Spanish government to be debated tomorrow in the Spanish Congress, specifically related to the confinement measures for children, and in order for them to be allowed to use outdoor spaces.

Spain is currently officially in lockdown until Sunday 26 April. The country originally commenced its lockdown for two weeks from 14 March, with measures that confined everyone to their homes apart from leaving to purchase food or medication, or to go to their place of work only if they could not perform their duties from home. These initial measures were then extended until 12 April.

From Monday 30 March, further new measures ordered all non-essential workers in Spain to also remain at home until after Easter. Following the Easter break, industrial and construction workers, as well as non-essential employees in sectors where working from home wasn’t possible, started a gradual return to work.

Police and local authorities have been handing out face masks at metro and train stations, as well as at bus and tram stops. The Spanish government has asked citizens travelling to work to wear face masks in public places and on public transport, where possible, and to continue the ‘social distancing’ of standing one or two metres from other people.

Click here for all our previous reports on Coronavirus in Spain

Taking a child into a supermarket really doesn’t go anywhere near what is being asked for. Sanchez is paying lip service to a of those pointing out the need for children to get fresh air and even a little exercise. How many parents will be reluctant to take their children into s super or farmacia Sanchez really is failing to deliver what I’d wanted and required. We still have dog owners and their pets roaming the streets and getting fresh air and exercise. I really think our children deserve more respect and consideration

good on you Alan, I hope more have the courage to reply.
Over weight children going into adult hood, extra strain on health system. Possible mental issues for generations ahead. Good luck with all these Spain!
My heart goes out to these children of this generation, Cruel dose not come any where near how I feel.
Spain has treated their dogs better!!