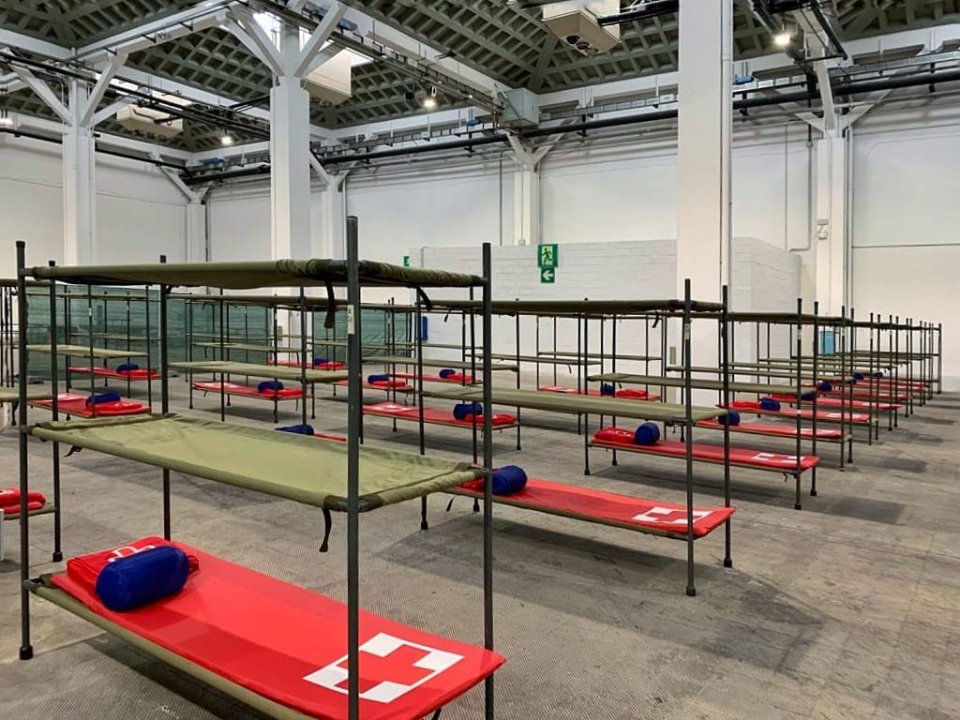 Official figures released by the Spanish Health Ministry at 12 noon on Thursday 26 March confirmed 56,188 known cases of Coronavirus (Covid-19) in Spain, 8,578 more than yesterday. 4,089 people have died from the pandemic (up by 655 from yesterday – a 19% increase). The rise in deaths on Thursday is lower than Wednesday’s figure, which was a rise of 738 (an increase of 27% on Tuesday’s figure).

There are 31,912 people in hospital with Coronavirus in Spain, of which 3,679 people are in intensive care. 7,015 people have now made a full recovery.

On Wednesday Spain overtook China for the number of deaths recorded from Coronavirus, and is second only to Italy.

Spain‘s age demographics partly explain why it has been one of the worst-affected countries to date. Spain has one of the longest life expectancies in Europe and the pandemic has taken a high toll on its elderly population, who are especially vulnerable to the disease.

Spanish Prime Minister Pedro Sánchez of the socialist (PSOE) party secured an extension to Spain’s current ‘state of alarm’ lockdown on Wednesday evening in the Spanish Congress. The measures, which have been in place since 15 March, initially for a 15 day period, will now continue until at least midnight on 12 April.

Only 43 MPs out of the 350-seat parliament attended the session in the Spanish Congress, with votes also being cast remotely.

The new measures were supported in a vote by Spain’s left-wing (Podemos), right-wing (People’s Party and Ciudadanos) and far-right (Vox) parties, with the abstention of pro-independence groups such as the Esquerra Republicana (ERC) party.

ERC said they would be abstaining unless the Spanish government agreed to the confinement of the whole of Catalonia [See Catalonia / Igualada below]. They had hoped to arrive at a joint position with the other Catalan pro-independence parties as well as Basque and Galician nationalist parties.

The Junts per Catalunya (JxCat) party also abstained in the vote. Their spokesperson Laura Borràs agreed that extending the state of alarm was necessary but that the current scenario was ‘insufficient and that total confinement of Catalonia must be included’.

During his speech before the vote, Spanish PM Pedro Sánchez reiterated that the only effective way to combat the Coronavirus pandemic is through social isolation.

Sánchez said that ‘we must beat the virus without abandoning anyone’, stressing that his government’s decisions to try to balance social reclusion with economic activities will allow people to resume their lives ‘once this nightmare is over’.

Sánchez said that ‘we have locked ourselves in to keep us from contagion and also to protect others, as well as to gain time in order for hospitals to assimilate the number of sick arriving and for researchers to find effective medication to treat the disease.’

Sánchez pointed out that his government’s priority was to protect the sectors of the population that are most exposed to the severest form of the disease, including healthcare professionals – to ‘shield the capacities of the health system to the maximum’ – and those people who cover our basic services.

‘All tiers of government in all corners of the country are working tirelessly for them, and it is for them that we will all remain in lockdown,’ he stressed.

The Spanish prime minister also highlighted the release of 4.2bn euros of public funding to be transferred to the regional governments of Spain, the intervention in the prices of products necessary to protect health, as well as the current freeze on mortgage payments for the most vulnerable groups.

Spain’s first deputy prime minister, Carmen Calvo, who had tested positive for Coronavirus, has been discharged from hospital to recuperate from home. On Wednesday morning she tweeted to say that ‘the medical team that has treated me considers that the evolution is positive and does not need to maintain my hospitalisation. I will continue medical treatment at home, maintaining isolation.’

On Thursday morning, Spain’s king Felipe VI visited the hospital that has been set up at Madrid’s IFEMA exhibition centre, together with the Spanish Health Minister Salvador Illa.

Members of Spain’s Military Emergencies Unit (UME) worked alongside authorities from Madrid’s regional government to install the hospital at the exhibition centre, which will eventually have 5,500 hospital beds as well as an intensive care unit.

The UME, together with Spain’s Red Cross and the Barcelona City Council, also worked together to install the homeless shelter at the Feria de Barcelona’s exhibition centre (pictured above).

The Spanish government has denied the extension of the total lockdown ordered by the Catalan executive on Wednesday evening in Igualada and three other neighbouring towns in Catalonia – Vilanova del Camí, Santa Margarida de Montbui and Òdena – with a total population of around 60,000.

The towns have been in quarantine since 13 March. The Catalan health minister has confirmed that there were 306 positive cases in the area, of which 140 are health professionals. 41 people have died.

Madrid has ruled that Spain has already taken the ‘most drastic measures in Europe and the strictest worldwide in order to beat Coronavirus.’

On Thursday morning, Spain’s El Pais newspaper reported that Coronavirus rapid test kits that the Spanish government had purchased from a Chinese company, Shenzhen Bioeasy Biotechnology, did not work properly, and were only able to detect the virus in 30% of cases.

When asked about the test kits, Fernando Simón, director of the Spanish Health Ministry’s Coordination Centre for Health Alerts, said the country has procured rapid test kits from a variety of suppliers.

‘A company sent an initial batch of 9,000 tests … it was shown that the specifications of this batch of tests did not correspond to the quality certificates. So, we returned that batch of tests. The company will exchange them for another type of test,’ said Simón.

After Simon’s statement, the Chinese Embassy in Spain tweeted that the company Shenzhen Bioeasy Biotechnology had not obtained an official license from China’s National Administration of Medical Products.

‘The Chinese trade Ministry offered Spain a list of classified suppliers,’ the statement said. ‘Shenzhen Bioeasy Biotechnology was not included.’

This report is being updated throughout the day.