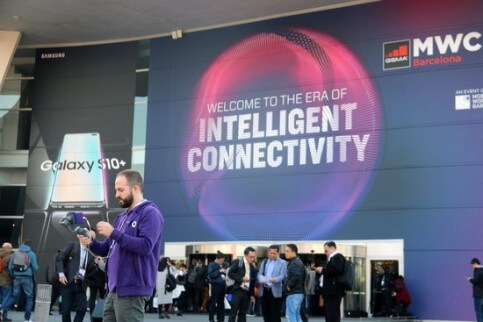 Ericsson, the Swedish technology corporation, has cancelled its participation at this year’s Mobile World Congress (MWC), due to take place in Barcelona from 24-27 February, citing fears about the Coronavirus epidemic. It follows last week’s decision by the giant South Korean electronics firm LG to also withdraw from the congress for the same reasons.

The death toll from Coronavirus surged past 800 in mainland China on Sunday, overtaking deaths from the 2002-03 SARS epidemic, even as the World Health Organization (WHO) claimed the outbreak appeared to be stabilising.

With 89 more people dying – mostly in Hubei, the province at the centre of the outbreak – the toll is now higher than the 774 killed worldwide by Severe Acute Respiratory Syndrome (SARS), according to official figures.

In a press release, Ericsson cited worries over the Coronavirus epidemic, adding they are unable to guarantee the health and safety of their workers or of visitors.

Ericsson president and CEO Börje Ekholm said that the health and safety of his employees, customers and other related people is ‘the highest priority’ and that this was not a decision made ‘lightly.’

He added that they were ‘anxious’ to present their innovations at the Mobile World Congress but insisted that this was the ‘most responsible’ decision.

Ericsson argued that they followed the recommendations of health administrations such as WHO, and had so far taken precautionary measures to ensure the health and safety of workers and to minimize the impact of virus in the company. However, the company believed it was necessary to take this ‘added precaution’ and cancel his participation in Barcelona.

US company Nvidia has also announced that they are pulling out of the Mobile World Congress.

The company, which manufactures graphics ships and graphics cards said it will not be sending any employees to Barcelona due to concerns around the coronavirus. In a short statement released on their website, Nvidia said that ‘ensuring the safety of our colleagues, partners and customers is our highest concern.’

The GSMA, organisers of the Mobile World Congress, issued a statement to say that they ‘regret to see Ericsson’s decision not to attend MWC Barcelona this year as they are an important player in our ecosystem. We respect their decision and are reassured by their commitment that they will be at MWC Barcelona 2021 in full force and our rebook trends for next year’s event remain high.’

The GSMA go on to say that they are continuing ‘to monitor and assess the potential impact of the Coronavirus on MWC Barcelona 2020 as the health and safety of our exhibitors, attendees and staff are of paramount importance.’

They state that they have ‘implemented many measures to help to mitigate the spread of the virus and is continuing to add other actions regularly. In particular, there are extensive additional health measures that have been put in place. The GSMA is building on its existing plans to protect the health of our attendees, clients and staff at MWC Barcelona.’

They conclude by stating that ‘MWC Barcelona 24-27 February 2020, will proceed as planned, across all venues at Fira Gran Via Fira Montjuïc and La Farga L’Hospitalet, including YoMo and Four Years From Now (4YFN).’

The Catalan government has also attempted to reassure those travelling to Barcelona for the congress. Catalan Health minister Alba Vergés said ‘the system is totally ready to detect and treat’ a possible case of the virus.

The Mobile World Congress is expected to see over 110,000 visitors come to the Catalan capital from over 200 different countries and territories.