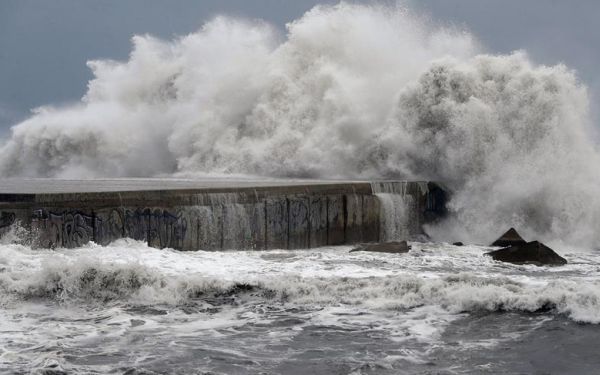 Three people have died and Spain remains on high alert as Storm Gloria swept across the country from Sunday night and through Monday. Strong winds, low temperatures and heavy snowfall in many provinces are expected to continue until Wednesday, meteorologists predict.

In the province of Avila, a 63-year-old man died after being hit by fallen roof tiles from the gales, according to the mayor of Pedro Bernardo town. Cold weather has been blamed for the death of a 54-year-old woman in Gandia, near Valencia, according to the Reuters news agency. And a man in Asturias was killed by another vehicle reportedly whilst fitting snow chains to his car, according to emergency services.

The Atlantic storm forced the closure of Alicante-Elche airport, leading to the cancellation of nearly 200 flights.

Valencia and the Balearic Islands have seen the worst of the storm during Monday. In Mallorca officials are preparing emergency plans for floods – the most severe conditions experienced in Spain in several years.

Spain’s national weather agency Aemet has reported winds of up to 115km per hour and eight-metre waves in the province of Valencia. At least 120 councils in the region suspended school and hundreds of roads have been cut off.

In Catalonia heavy winds have caused high waves along the coast, with the largest measuring 10m at the Begur headland in the north, and eight-metre waves in Tarragona, in the south.

By Monday afternoon in Catalonia alone, the emergency services said they had received over 2,000 calls to report incidents related to the wind, with the fire service called out over 600 times during Sunday.

Classes were also cancelled across Catalonia on Monday, with around 3,300 students staying at home, with many schools closed or school bus routes blocked.

The Vallter 2.000 and Vall de Núria ski resorts have been closed as a precaution, after further strong winds with a danger of avalanches has been forecast, along with 2.5m of snow in the next 48 hours.

The civil protection agency has issued warnings to advise people to steer clear of public parks, as well as beaches and seafront promenades.