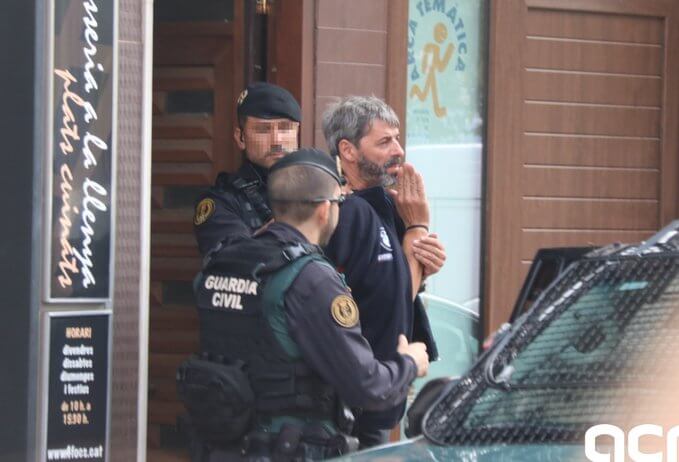 Spain’s National Court in Madrid has sent seven Catalan pro-independence activists to prison without bail for allegedly belonging to a terrorist group, making and possessing explosives, and attempting to cause criminal damage.

According to the judge Manuel García Castellón, evidence suggests that the accused belonged to a ‘hierarchical organisation aiming to establish a Catalan republic by all means, including violent.’

García Castellón justifies the imprisonment based on the ‘severity of the alleged crimes’, their ability to destroy evidence, the flight risk, and the risk of repeat offences.

Out of the nine pro-independence activists arrested on Monday in Catalonia, seven were  accused of plotting violent acts and began giving evidence in court in Madrid at 11am on Thursday morning.

Around 2 pm local time, four of them had already faced the judge’s cross-examination and at least two of them only answered their lawyers’ questions. In attendance at the hearings were the judge, the accused activists one by one, their lawyers, and a public prosecutor.

The nine members of the Committees in Defence of the Republic (CDRs) pro-independence pressure group were arrested in different Catalan towns as police launched Operation Judas, involving some 500 officers.

Whilst all nine were charged with terrorism, rebellion and possession of explosives, two were released on bail on the same day of their arrest, with the rest being transferred to the Madrid region for their court appearance.

From early in the morning, people in support of the detainees began gathering outside the court in Madrid, including CDR members and representatives of the Esquerra Republicana (ERC) party, Junts per Catalunya  (JxCat) and the CUP party.

Some of those showing solidarity with the defendants had travelled from the Catalan town of Folgueroles, where one of the accused activists lives. On Tuesday, hundreds of people took to the town’s streets in a show of support.

Only two suspects made statements to the police while waiting to appear in court. According to leaks from the Guardia Civil, both admitted they were preparing protest actions for the anniversary of the 1 October referendum, but deny any intention to hurt anyone.

The arrests of the activists have caused much consternation within Catalonia’s independence movement, which has always explicitly rejected violence as a means for achieving its political objectives.

On Wednesday in the Catalan parliament, president Quim Torra was at pains to distance the pro-independence camp from any links to violence, vowing: ‘I will never allow a radically democratic movement to be associated with terrorism. Never.’

Yet, the unionist parties in Catalonia have seized on the arrests as justification for their concerns over the independence issue. Ciudadanos (Cs) leader in Catalonia, Lorena Roldán, accused Torra on Wednesday of “whitewashing terrorism” by showing public support for the detainees.

This report will be updated.