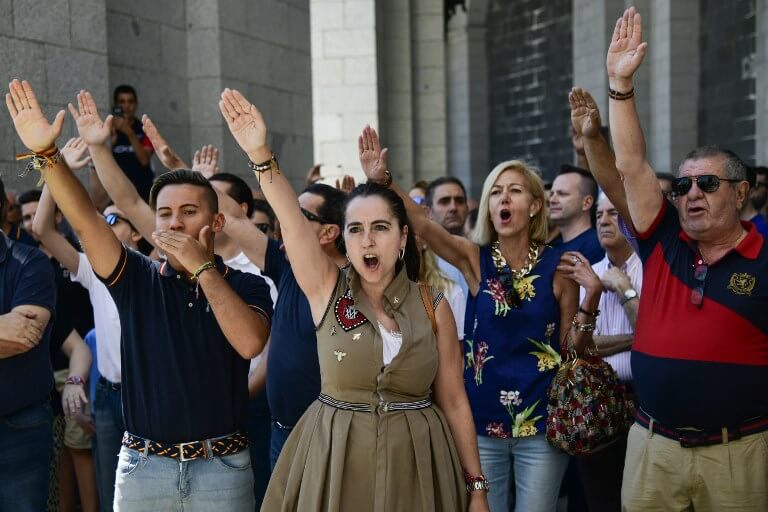 Spain’s Supreme Court has authorised that the Spanish government can exhume the remains of dictator Francisco Franco from his controversial mausoleum in Madrid and relocate the corpse.

After a 15-month judicial row, the court has dismissed an appeal from Franco’s descendants and green-lighted the exhumation, which the Spanish government has promised to carry out in the coming weeks.

In a unanimous ruling, the court decided ‘to completely reject the appeal lodged by the family in relation to Francisco Franco’s exhumation,’ the judges wrote.

The dictator’s mausoleum in the Valley of the Fallen, in the outskirts of Madrid, had become a site of pilgrimage for far-right supporters and fascist nostalgics.

Spain’s acting prime minister Pedro Sánchez had made transferring his remains a priority, saying Spain should not ‘continue to glorify’ the dictator, whose hillside mausoleum is topped by a 150-metre cross and has attracted both tourists as well as far-right sympathisers.

The government had planned to move Franco’s remains to a more discreet family tomb on 10 June, but the court suspended the exhumation pending the outcome of an appeal by Franco’s heirs.

The Supreme Court accepted the government’s plans to bury Franco’s corpse alongside that of his wife, Carmen Polo, in the Mingorrubio-El Pardo cemetery, Madrid.

Judges rejected a proposal from Franco’s relatives to relocate the remains to the Almudena Cathedral, where many feared Franco’s supporters would find a new site of pilgrimage in downtown Madrid.

Spanning four decades, Franco’s dictatorship started as a result of a coup d’état against the democratically elected government, which led to the Spanish Civil War (1936-1939).

The court ruling comes as Spain gears up for its fourth election in four years on 10 November, with Sanchez’s Socialist (PSOE) government saying it wanted to ensure Franco’s remains were moved before the vote.

Challenge to verdict ‘inevitable’ if before EU court decision on immunity

That’s right, why should a dictators corpse be worshipped?