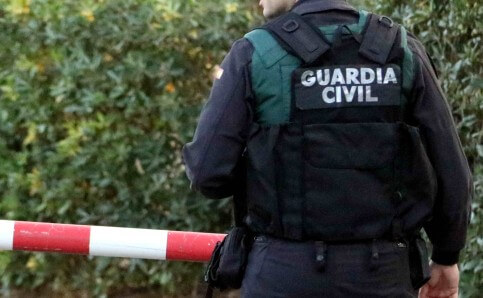 Several raids related to the same police operation were underway on Monday morning, some of which in Sabadell, a large town near to Barcelona.

The operation has been ordered by Spain’s National Court in Madrid. Sources of the court said that the activists are members of a CDR (Committees in Defence of the Republic) pro-independence group that has been investigated for over a year for terrorism.

The arrested individuals will testify before the National Court in Spain’s capital in the coming days.

Last year two other activists were accused of terrorism – one of them, Adrià Carrasco, went into exile, and the other one, Tamara Carrasco, was obliged to be confined in her town before the charges were dropped for both of them.

The CDR organisation reacted to the arrests on Twitter, saying: ‘No matter how many indiscriminate raids and arbitrary detentions there are, they won’t stop a determined and combative people.’

The CDRs are a network of pro-independence assemblies set up in 2017 that defend the bid split from Spain by promoting demonstrations and protests.

The arrests come as the verdict in the trial of independence leaders in the Supreme Court is due out soon. On Monday, the acting Spanish interior minister, Fernando Grande-Marlaska, did not rule out deploying extra police in Catalonia ‘to guarantee security’.

According to the Guardia Civil, a ‘large amount of material’ and substances the police believe might be used to build explosive devices has been found.