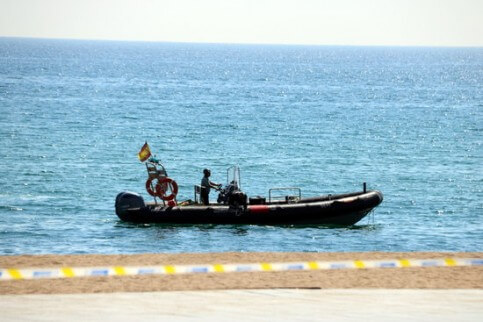 A Spanish Civil War bomb that was found at Barcelona’s Sant Sebastià beach was detonated on Monday, one nautical mile offshore and at a depth of 45 metres.

The popular Barceloneta beach was evacuated and closed off to the public on Sunday and Monday as the operation to rid the area of the 1936 bomb took place.

The highly volatile artifact, which contained 70 kg of TNT, was found on Sunday by an off-duty Civil Guard diver 25 metres off the shore and at a depth of 3 metres.

Its discovery prompted the arrival of Spanish Navy bomb experts from Cartagena (Murcia), who set it off in a controlled explosion after carefully moving the projectile further out to sea and ensuring the 25-metre deep pipelines would not be damaged.