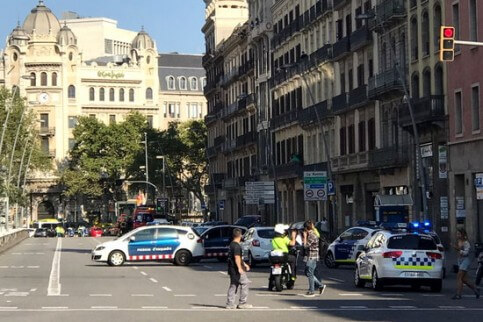 The Spanish Intelligence Service (CNI), tried to place Abdelbaki Es Satty – the alleged mastermind of the 2017 terror attacks in Barcelona and Cambrils – as an imam in Barcelona itself, but the move was opposed by the intelligence head for the area.

This is the latest from the digital newspaper Público on the links between Spanish intelligence and the terrorist believed to have orchestrated the attacks. Público broke the story on Tuesday and has added further updates every day this week.

The publication reports that the intelligence chief for Barcelona was reluctant to have an informant infiltrating jihadi groups in the area who was being controlled directly from Madrid. In the end, an imam post was found for Es Satty in Ripoll, where the other terrorists lived.

Público also says the CNI wiped Es Satty’s record of previous links with jihadism so that Ripoll’s Islamic community would not be aware of his radical past, and preventing the Catalan police, the Mossos d’Esquadra, from discovering the links when they investigated after the attacks.

During his time in Ripoll, Es Satty cultivated contacts with radical jihadis in Europe, and the publication links the imam ‘with the centre of jihadism in Europe’ and adds that although Spanish secret services knew this, they did not warn the Catalan police.

Earlier in the week, Público reported that Es Satty became an informant for Spanish intelligence in 2014, three years before the attacks, in exchange for not deporting him. The publication says he worked for the secret services up until the events on La Rambla.

The reports also state that a secret service document shows that Ripoll cell members were tracked and their conversations tapped until five days before the deadly incidents, although it did not help prevent the 16 fatalities caused by the events on 17-18 August 2017.

The Morrocan-born Es Satty, who arrived in Spain in 2002, died in an accidental explosion in the southern town of Alcanar a day before the attacks. Police later discovered that the explosion was caused when a stockpile of explosives accidentally went off.