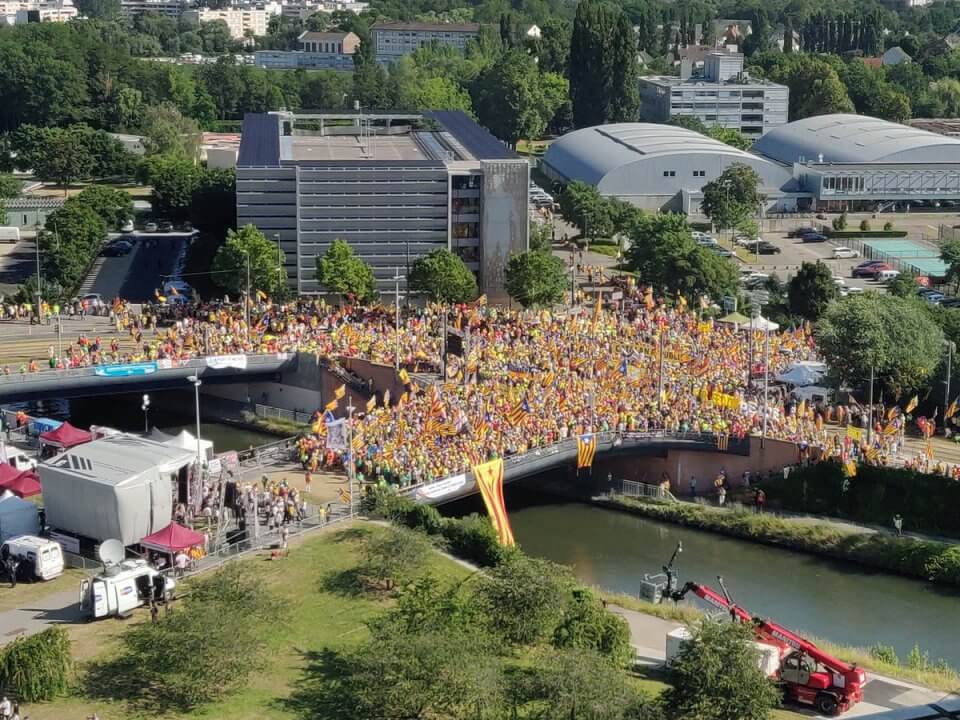 Thousands of Catalan independence supporters and sympathisers have taken part in an on-going protest in Strasbourg as the European Parliament held its opening session without three Catalan MEPs-elect.

The protest began on Tuesday morning while the chamber’s first plenary session since the European election opened without the presence of former Catalan president Carles Puigdemont and former health minister Toni Comín – currently exiled in Belgium – and former vice president Oriol Junqueras, who is in prison for his role surrounding the 2017 independence bid.

Puigdemont and Comín were initially expected to attend the Strasbourg protest, but in the end decided against it as they feared being detained in France and have instead remained across the border in Germany.

Yesterday the Court of Justice of the European Union (CJEU) decided against granting Puigdemont and Comín – who were not allowed to take their oath of office from abroad nor through their lawyer, but did not want to face arrest in Spain – interim measures that would have allowed them to attend the EU Parliament’s plenary session on Tuesday.

The protest was organised by the Council for the Republic, the private organisation led by Puigdemont from Belgium, in support of ‘democracy, exiles and reprisals’ and for the freedom of ‘political prisoners’.