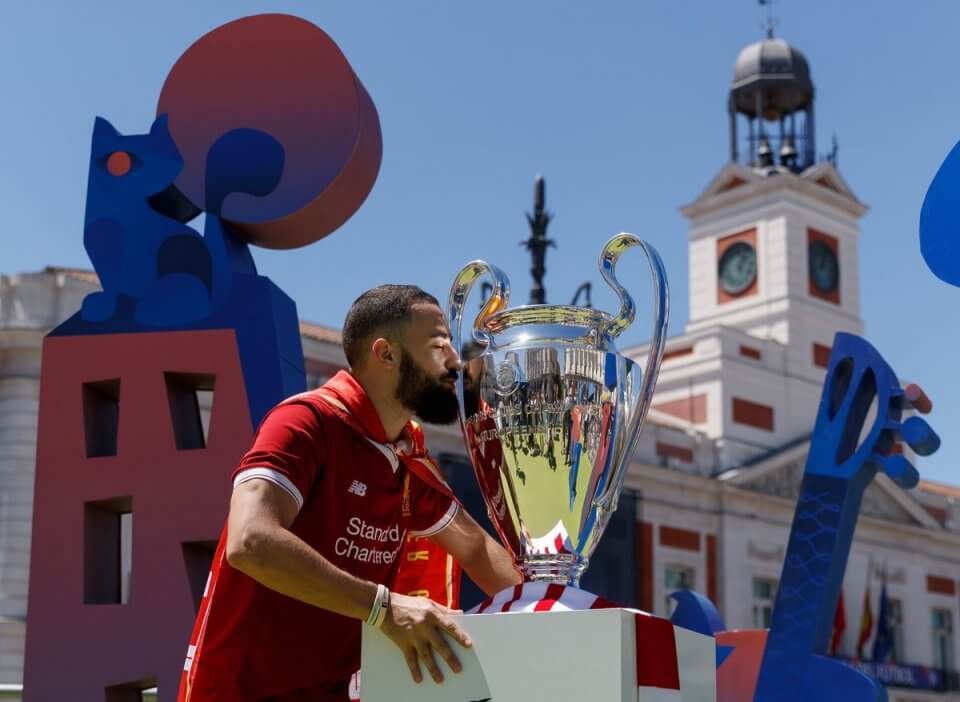 Over 80,000 English football fans are expected to be in Madrid today for the UEFA Champions League Final between Liverpool and Tottenham Hotspur.

With the two English clubs competing for the trophy, up to 800 extra flights from the UK alone, both charter and private jets, are expected to have flown to and from the Spanish capital over the weekend, making it one of the busiest of the year.

With Madrid being taken over by a sea of English supporters on a sweltering weekend, the two Premier League sides will battle it out at the Wanda Metropolitano Stadium at 9pm, local time.

Jurgen Klopp‘s Liverpool are aiming to make up for the disappointment of several recent near misses while Tottenham Hotspur dream of winning the Champions League for the first time.

Barcelona fans have still not recovered from Liverpool’s stunning 4-0 comeback at Anfield in the semi-final second-leg.

It is 35 years since Spurs were in any European final. Just being here is a huge achievement. It comes only weeks after they moved into a sparkling new stadium, marking the start of a new era.

For the fans of Liverpool, it is an opportunity to end the season on the greatest high, after missing out to Manchester City in the Premier League title race, despite losing only once all season.

A year ago Liverpool fans were in Kiev to see their side lose 3-1 to Real Madrid as Mohamed Salah went off injured and in tears in the first half.

Underdogs then, they are the clear favourites now against opponents appearing in their first final in this competition since it started life as the European Cup in the 1950s.

Real Madrid’s huge Santiago Bernabeu stadium has staged four past Champions League finals – but this time it is Atletico Madrid’s 68000-seat home in the east of the city that is hosting the match.

There is not enough room in the ground for all the English fans in town, and organisers have set up two separate fan zones in the centre so those without tickets can watch on big screens.

There are so many Liverpool fans in Madrid that their city’s local newspaper, the Liverpool Echo, was on sale in press kiosks in Madrid on Friday.

With Spain still haunted by the image of the old-school English football hooligan, police are worried about the prospect of trouble.

Francisco Pardo, director general of Spain’s National Police, promised ‘probably the biggest deployment to guarantee security which we will carry out at a sporting event’.

Whoever wins the final on Saturday night, the British Ambassador to Spain, Simon Manley, is just happy that it will be a British club holding the trophy.

‘Spain and the UK are two countries that are passionate about football, so it’s great to see tonight’s match bringing us even closer together as Madrid hosts not only the game, but thousands of British fans,’ he said. ‘The best of luck to both teams in the final. It’s great to know that we’ll have a British club holding the trophy at the end of the night!’