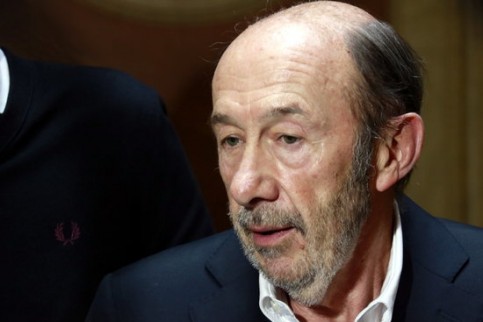 Alfredo Pérez Rubalcaba, the former Spanish deputy prime minster, interior minister and key figure of the Socialist (PSOE) party, died on Friday in Madrid after suffering a stroke on Wednesday.

First entering politics in the mid-1970s, Pérez Rubalcaba went on to become a prominent minister in the Socialist party, and in the Spanish political scene in general.

In a political career spanning five terms, he was a key figure in negotiating Catalonia’s 2006 statute of autonomy and played a major role in the fight against Basque terrorist group, ETA.

Socialist Prime Minister Pedro Sánchez, who succeeded Rubalcaba as party leader in 2014, also took to Twitter to mourn ‘a statesman [whose] whole life was dedicated to the service of his country’.

‘The end of ETA and great social advances bear his signature,’ added Sánchez, who Thursday left a European Union summit in Romania early to be with Rubalcaba’s family.

Born in Solares, in Cantabria, in 1951, Pérez Rubalcaba was married but had no children. He was aged 67 when he died in the Puerta de Hierro hospital just outside Madrid.