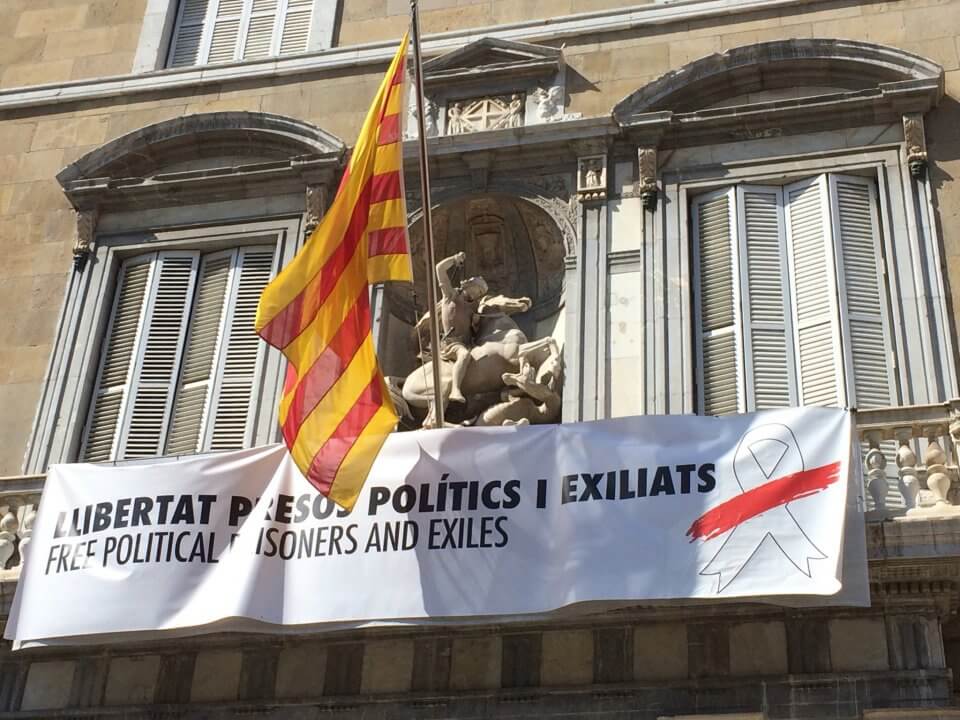 The Catalan president, Quim Torra, has been summoned to appear before Spain’s High Court in Catalonia on 15 May over the yellow ribbon controversy.

Torra failed to remove the symbols in favour of the jailed pro-independence leaders on time, after Spain’s electoral authority ruled in favour of their removal from public buildings.

An inquiry into his possible disobedience is currently open, despite the fact that he did end up removing a banner hanging from the government headquarters’ balcony, albeit after the imposed deadline to do so had expired. He had also first replaced a banner with a yellow ribbon with another banner showing a white ribbon.

Disobedience does not carry prison charges, according to Spain’s penal code, but it might mean Torra could be barred from public office.

The inquiry comes after Spain’s prosecutor filed a criminal lawsuit against the president.

Prosecutors accused Torra of criminal disobedience for ‘repeatedly ignoring’ the rulings stating that symbols in support of jailed and exiled pro-independence leaders must be taken down. If found guilty, the head of the Catalan government could be suspended from office.

Spain’s electoral authority ordered the removal of the banners from the government headquarters’ façade following a complaint by opposition party Ciudadanos (Cs), arguing that they would harm the neutrality of public institutions during the upcoming electoral campaigns.

Automobile Barcelona gets in gear for centenary edition