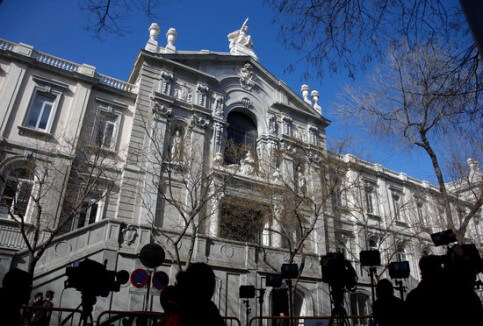 The Spanish Supreme Court in Madrid will finally decide on whether the former Catalan president Carles Puigdemont can stand in the European Parliament elections on 26 May.

Following the veto by the electoral authority (JEC) over his bid, his candidacy, Junts per Catalunya (JxCat), challenged the decision before a local Madrid court.

The prosecutor of this court sided with the former president, while the judges decided on Saturday morning to transfer the issue to Spain’s Supreme Court.

Thus the same institution accusing Puigdemont of rebellion and declaring him ‘in absentia’ will now also decide whether he and two more exiled leaders, Toni Comín and Clara Ponsatí, will be able to run as MEPs.

At the same time, eight of the 13 members of the electoral authority who have the right to vote in their meetings are also judges in the Supreme Court.

According to the prosecutor, not letting them take part in Junts per Catalunya’s candidacy would infringe their ‘basic right’ to stand in an election.