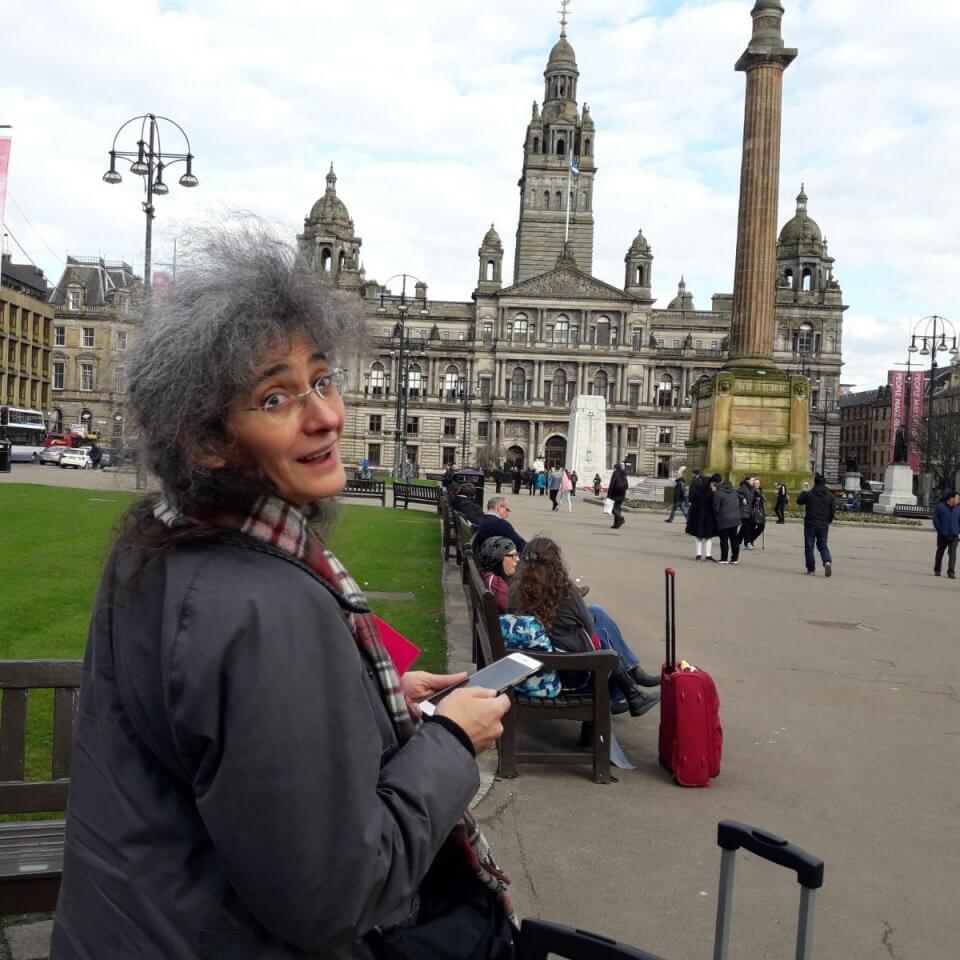 Between 2011 and 2014 the entire world was following the events in Scotland with full attention. For many of us it was very important to see how a very old nation could become an independent country in such a peaceful and democratic way. The Scottish case was an example of neatness, legality and legitimacy.

Suddenly I noticed some strange moves from the Spanish newspapers combined with some comments from conservative leaders and I knew that something unsavoury was moving in the darkness.

Spain is a young democracy and unfortunately international affairs have not been part of our strength. On the contrary, we all remember the Iraq war or the support for the attempted coup in Venezuela against Chavez with Aznar at the head of this embarrassing and undiplomatic episode. The old and rancid imperialistic spirit remains alive to the shame of all of us.

Very soon my suspicions became true: El Periódico and El Confidencial were reporting meetings between conservatives of both the UK and Spain to prepare a common strategy and stop the advance and the success of the independence movements in Catalonia and Scotland, even though they knew very well that both processes were entirely different.

In the middle of these reports, the name of the Conservative leader Ruth Davidson came out along with the head of these meetings for the Spanish delegation, González Pons (the same González Pons that after the Brexit vote, realising his earlier stupidity, spoke with the BBC to make the assurance that Scotland’s membership wouldn’t be vetoed by Spain in the case of independence … too little, too late). The photo of David Cameron and Mariano Rajoy together will always be remembered as the start of the ‘International Better Together Campaign’.

We all saw Mr. Barroso disgracefully interfering in the debate with an argument that we now all know was absolutely false (and insulting). And after Barroso, the Spanish Veto Myth appeared in all newspapers and all the BBC & STV debates with the assurance that Spain would be a real obstacle for the people of Scotland who were and are so pro-European. Lies and more lies.

Despite some Scottish bloggers explaining that there was no veto from Spain, the MSM spread not only this myth but all the false arguments of the Better Together Campaign. I lost count of the number of times that I had to try and clarify the reality on my media platforms.

Many EU Citizens voted NO in 2014 afraid of being left outside of the European Union. We know now that the Better Together Campaign lied to the electorate and they should be ashamed.

All those who were trying to alert us to this falsehood are now potential victims of the Brexit shambles. Not only the Scots and EU nationals living in Scotland, but many Scots living in European countries face the uncertainty of a no-deal scenario … and even the insecurity of a bad deal.

Like many Europeans, I’m married to a Scotsman. My husband, who has been living in Galicia for more than twenty years and speaks Galician perfectly well, has had no information whatsoever from the British Embassy. We learnt from the media that the British Ambassador says that there will be no problems at all, even in the case of a no-deal.  Don’t worry, be happy!

The same is happening with other Scots abroad. No info, no indications, no assurances of right of movement. I can easily imagine the scene: a boat sinking in the middle of the Atlantic without any lifeboats and the Ambassador shouting at all of us: ‘Tranquilos! No pasa nada!’ Oh dear.

Many of them are preparing the arrangements to get Spanish nationality, not because they feel at all happy with the political scenario here but because at least they will have their European benefits in full.

It has been painful thinking about the true reasons of those who voted for Brexit. Some of our relatives and friends voted for it. But the reality is that they voted NO in 2014 and this rendered their vote in the EU referendum irrelevant to the majority vote in England.

I can understand how the mantras and propaganda repeated every single time from broadcasters and newspapers had some effect. But I cannot understand the racist arguments. I never will.

How can people buy the argument of stopping freedom of movement? How can anyone accept the attacks on people who have come from Romania or Poland when they have relatives or friends in Spain, France and Germany? Are they aware that when they attack them, they are attacking us too? Are they aware that racism is racism? We are all together in this.

The idea of travelling with my husband to visit Scotland and having to pass the customs check points in two different queues is absurd. The very thought of receiving a notification of deportation from the Home Office for someone who has been part of the UK for years or who lives between two countries is heart breaking. Even having to get a visa is just nonsensical.

It is devastating to think about being rejected because a few people have decided to make a profit from the idea of being isolated from Europe, or because they have decided to promote another old and rancid Empire in the XXI century.

So, it has been very helpful to see how in the middle of this darkness the Scottish Government is giving us some hope. The insistent messages and actions taken by the First Minister and Scottish MSPs and SNP MPs have given us the strength that we all needed.

Nicola Sturgeon’s arguments have been reported in all the Spanish media. At the same time, she has become a brave and essential reference for common sense and internationalism. Her position is very valued and her trips around the Globe are now even more important than ever.

I cannot believe what I’m hearing from voices of the opposition, especially those who disgracefully created this Brexit shambles, criticising the vital and necessary tours being made by the First Minister who, incidentally, is very well respected wherever she goes. Meanwhile some British channels are trying to minimize her work, her real day job. Shame on them!

The First Minister of Scotland is acting in the way that she needs to act, in the way Scotland needs her Government to act: reinforcing international trade networks, making stronger diplomatic links, promoting ‘Scotland the Brand’ and spreading the word of Scotland as a welcoming nation; sharing the principles of social justice and standing up as a committed defender of the Human Rights Act. Nicola Sturgeon is already acting like the highest representative of an independent country.

And that’s precisely our hope. To see our Scotland free; the Scotland that is telling us every single day: ‘We want you here. We need you here. We support and defend your rights’. That is the Scotland we love and makes us proud. Thank you to everyone who has spoken up for us in the Scottish Parliament, in Westminster and abroad.

The lie that Scotland won´t be accepted as an equal nation and partner in the EU panorama has gone like many other lies told and repeated during the independence campaign. Again, the people who were conspiring to promote this should hang their heads in shame.

The Spanish Government owes the Scottish people an apology and they should also stand up for the rights of the Scots and the EU citizens to have a legitimate choice to stay in Europe. Scotland deserves that. It is a matter of fairness;it is a matter of justice. Now is the time.

Pilar Fernández (Pilar Aymara on social media) blogs at www.pilaraymara.com and www.rosaliatv.com. She describes herself as a ‘commited citizen, media observer and collaborator’, who reports on issues related to Galicia and Scotland. She also loves rugby.