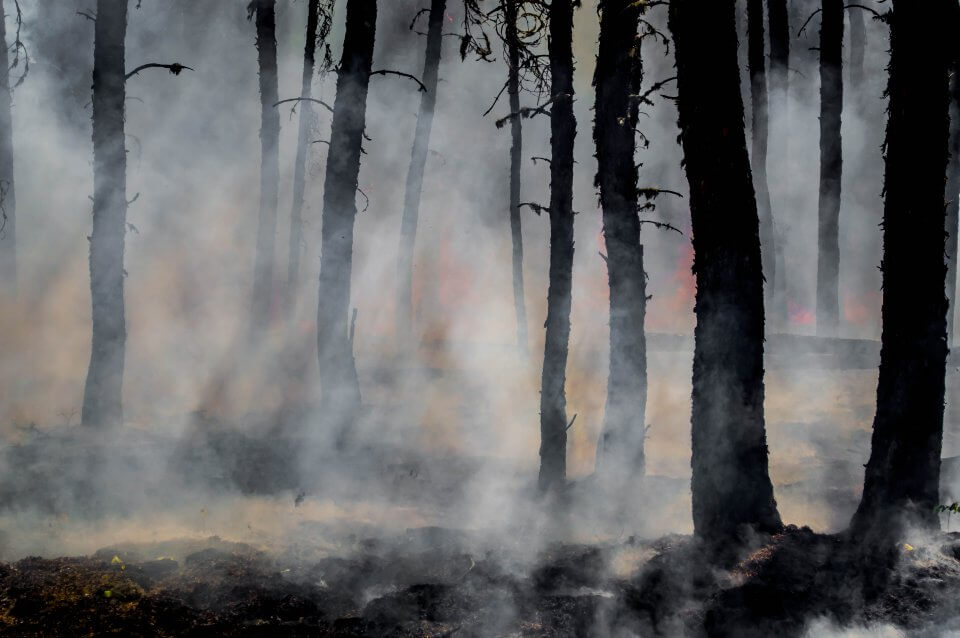 Dozens of wildfires raged across northern Spain on Monday, fuelled by strong, dry winds and warm temperatures, local officials said, unusual in a region that is normally rainy, especially in winter.

The fires were being fed by strong southerly winds, with gusts of up to 100 kilometres an hour, and unusually warm temperatures for this time of the year, local officials said. No injuries were reported.

Temperatures hit 25 degrees on Sunday in Gijon, the largest city in Asturias, according to national weather office Aemet.

All of Asturias faced either an ‘very high’ or ‘extreme’ risk of wildfires on Monday, the region’s government said.

The president of the regional government of Cantabria, Miguel Angel Revilla, urged locals to be vigilant, warning that Tuesday’s forecast was for more ‘very strong winds’ from the south.

Spain is prone to wildfires in summer, especially in the more arid southern regions and along its Mediterranean coastline.

But such incidents are unusual in winter, especially in rainier northern regions such as Asturias and Cantabria.