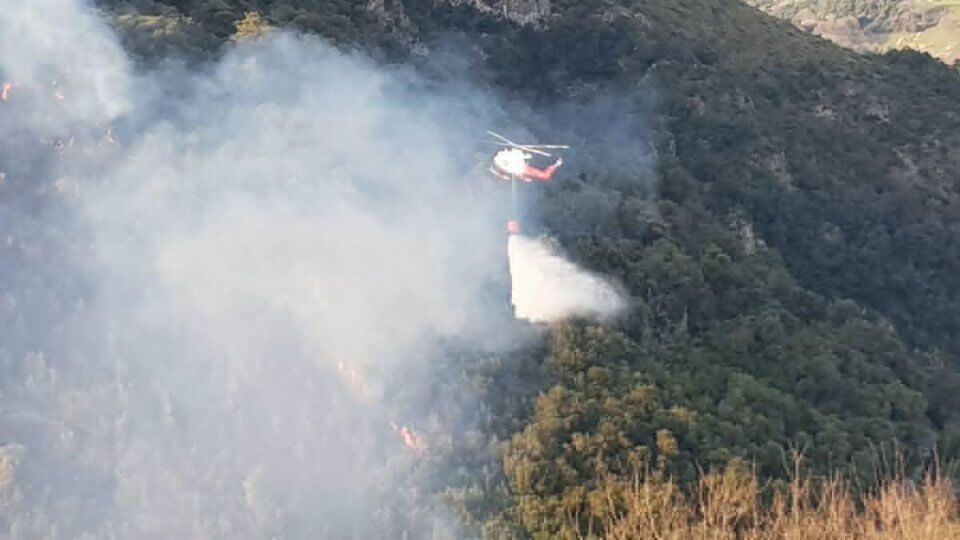 Regional authorities in northern Spain have said they are battling around 50 fires, some of which were deliberately set.

By last night, 48 fires were still active, a statement from the government of the Cantabria region said.

‘During the day we counted 50 fires, and 760 people from different administrations working to put them out,’ the statement added.

Since the first fires broke out on Thursday in the mountainous region, no people have been injured and ‘most of the fires took place in inaccessible areas and have not put the population or infrastructure in danger,’ the government added.