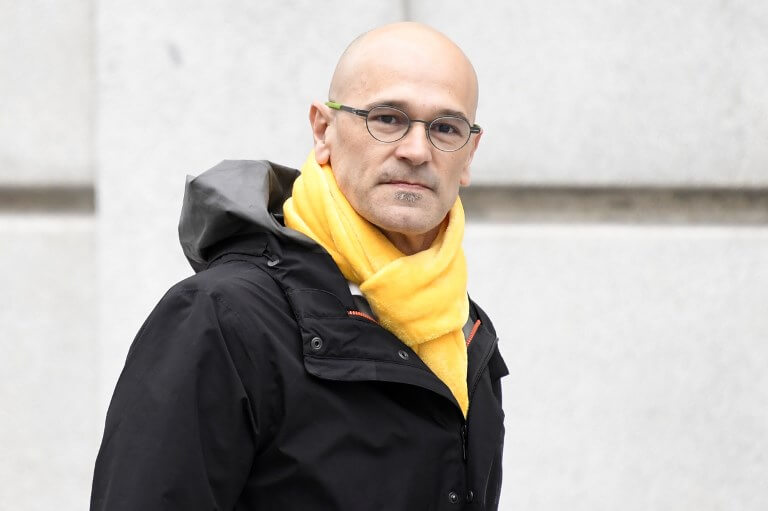 The former Catalan foreign minister, Raül Romeva, says that in the upcoming independence trial he will not acknowledge organising a referendum as a criminal offence.

‘I will not declare myself innocent. I will deny having committed a crime,’ Romeva said in an interview with the Catalan News Agency from Lledoners prison. He has been in pre-trial jail for almost a year now.

‘I will not deny any of the political acts taken to make the referendum possible. I will deny considering everything we did a crime,’ he said, adding: ‘What I will deny is the violence that is attributed to us.’

During the interview, Romeva also stated that ‘there is no possibility for a legal defense’ in the trial, due to start in the coming weeks. For him, it will be ‘an unfair trial, a farce’.

‘To think we will be able to defend ourselves with legal arguments is naïve. What we can do is to politically defend what we have done, but by no means defend ourselves,’ he said.

Romeva thinks it is unlikely they will be freed after the trial. ‘We use prison to make politics. They will not let us out of here because we make a lot of a noise, they will get us out when we win,’ he said, referring to the goal of independence.

Romeva, who is behind bars awaiting trial with eight other politicians and activists, also talked about the debate surrounding Spain’s 2019 Budget, which needs the support of the pro-independence parties to pass.

‘[Spanish Prime Minister Pedro] Sánchez needs a project, not only a budget,’ stated Romeva, who made it clear that he agrees with the reluctance of his party, Esquerra (ERC), to support the Spanish spending plan.

‘Without a clear project for freedom and justice, it is obvious that the authoritarian project is the one that will prevail in Spain,’ he told ACN.

‘The Spanish budget is an opportunity for the Socialists to tackle the underlying problem, which is not the political prisoners, but the violation of fundamental rights, the prisoners are only a symptom,’ he added.

Prisoners to be transferred to Madrid

Thousands of people have taken part in several events outside Lledoners prison over the weekend to bid farewell to the Catalan pro-independence jailed leaders, who will be transferred to Madrid prisons for their upcoming trial in the next few days.