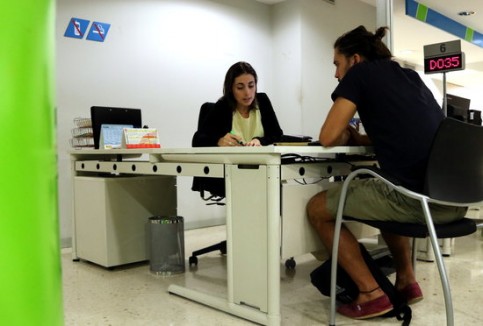 Spanish jobless queues were shorter in 2018, even for the worst-affected youth, though the country still counts 3.2 million people as unemployed, the labour ministry said Thursday.

The figure represented a decline of 6.17% from 2017, a ministry statement said, without providing a standard unemployment rate.

But even though unemployment has dropped since 2013 as Spain emerges from an economic crisis, the country still has the eurozone’s second highest jobless rate after Greece.

The ministry’s annual number of unemployed was nonetheless the lowest since 2009.

She forecast the economy will have grown by 2.6% in 2018, slightly stronger than a 2.5% forecast by the central bank and International Monetary Fund.

In calculating the number of unemployed, the labour ministry only takes into account those people who have signed up to a job agency.

As such, their figure is lower than that of Spain’s INE Statistics Agency.

At the end of October, INE said there were 3.33 million umemployed people in Spain – a jobless rate of 14.55% that was slightly below Eurostat’s figure.

Spain’s Socialist (PSOE) government plans to inject two billion euros into fighting youth unemployment, which it wants to reduce to 23.5% within three years.