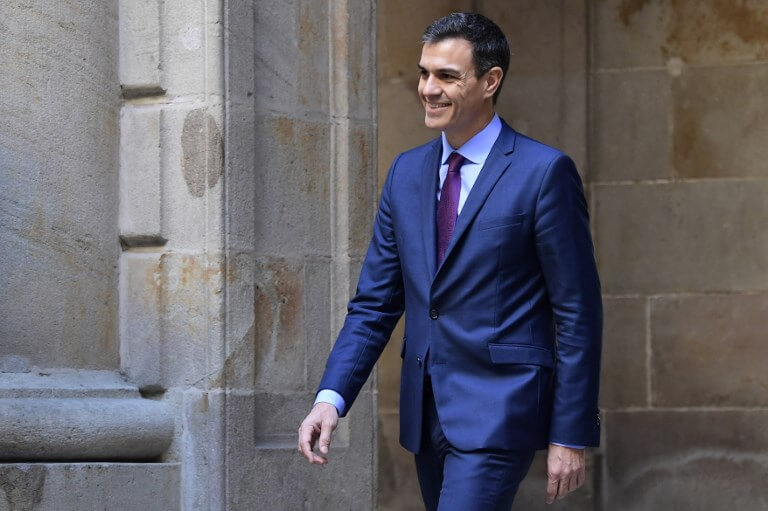 Pedro Sánchez, Spain’s Prime Minister, whose minority government has struggled to pass a budget since taking office in June, said in an interview published Sunday that he intends to stay in power until the current parliamentary term ends in 2020.

Spanish voters go to the polls on 26 May 2019 for municipal, regional and European elections and there has been speculation that Pedro Sánchez could call a snap general election for the same day, ahead of the 2020 scheduled date – especially if he fails to approve a budget for next year.

‘Obviously the budget is very important for any government. I want to fight for it to be approved during the first quarter of the year,’ he told La Vanguardia newspaper.

‘When the elections are called it will not be in the interests of the party, but for the public interest. And my goal is to see out the legislature,’ he added.

His comments come after Sánchez and the pro-indepdence leader of the Catalan government, Quim Torra, last week pledged fresh dialogue to try to resolve a dispute over the wealthy northeastern region’s status within Spain, raising hopes that Catalan pro-independence parties will back the government’s 2019 budget.

With only 84 Socialist MPs to help steer legislation through a 350-seat parliament, Sánchez’s government relies on the support of Catalan pro-independence parties to pass legislation.

Sánchez came to power in June in after a surprise no-confidence vote against his conservative predecessor, Mariano Rajoy, with the support of the Catalan separatist parties.

But those parties have refused to back the budget after public prosecutors in November called for stiff penalties for 18 Catalan leaders facing trial over their role in Catalonia’s failed independence bid last year.