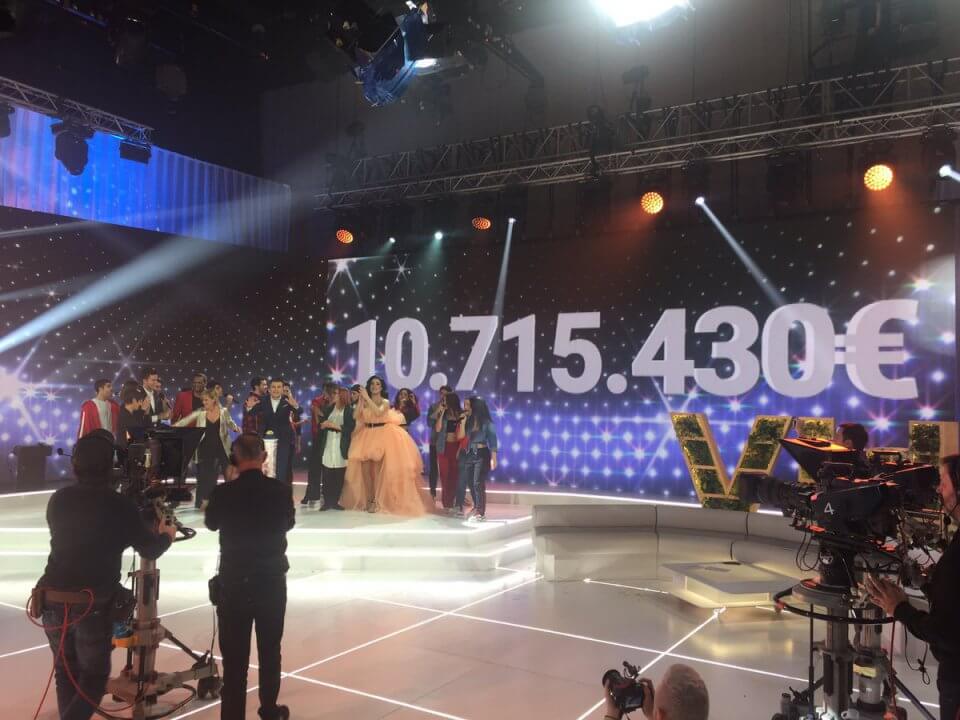 The Catalan public broadcaster TV3 and Catalunya Ràdio station raised over 10.7m euros in the fight against cancer in one day through their annual telethon, called La Maratò.

This is an all-time best in the initiative’s 27th edition, which this year fell on Sunday and lasted for some 14 hours until 2am.

It surpasses the best mark until now, seen in the 2012 edition, which raised 10.1m euros also donated to cancer research.

The amount can still increase, as donations can be made until 31 March 2019.

The aim of the telethon was to raise both awareness and funds to help biomedical research on cancer.

Its motto was ‘La investigació dona vida’ (or in English, ‘research gives life’), and some 400 people took part in the show, including around 20 individuals who gave personal testimonies and 26 researchers.

Those participating included the Catalan world-class researcher Manel Esteller, as well as singer Joan Manuel Serrat (a cancer survivor himself), architect Benedetta Tagliabue (whose husband, the also architect Enric Miralles, died due to the illness), and the basketball player Ricky Rubio (whose mother also died from cancer).

But the TV3 and Catalunya Ràdio telethon, like every year, wasn’t only held on TV and in call centres where telephones were being answered by volunteers.

Hundreds of activities throughout Catalonia were put on in the past few weeks by the TV outlet itself, or by dozens of local organisations and individuals across the region.

The many activities included a 10km swim in the sea, communal meals, get-togethers, Christmas-themed markets, and student-run zumba courses. As in every year, a CD was released earlier in December with the participation of 33 artists such as Judit Neddermann, Pablo Alborán, Aitana, Álvaro Soler, Manolo García, Pedro Guerra, Jorge Drexler, and Sisa.