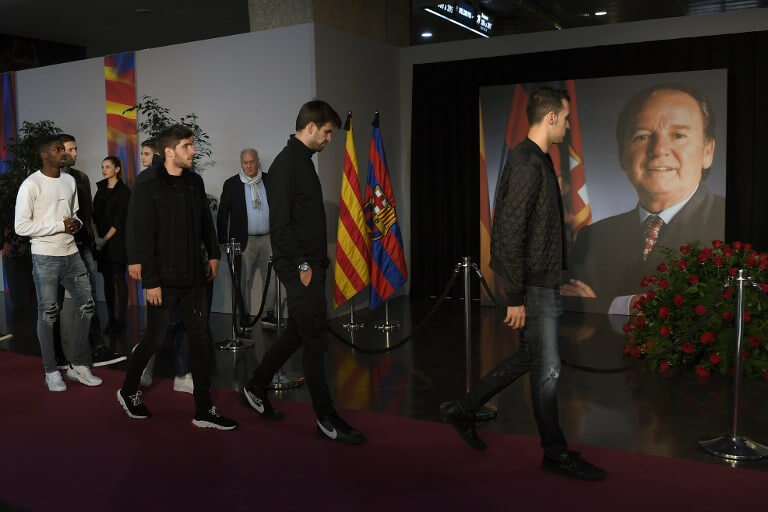 FC Barcelona players today were among those paying their respects to the club’s former president, Josep Lluís Nuñez, who died on Monday, aged 87.

A special condolence area was set up at the Camp Nou stadium for Josep Lluís Nuñez (1931-2018), who was the club’s head for 22 years and during the success of their iconic 1992 team.

But it was in 1988 that he made one of his most influential signings, by appointing Holland’s Johan Cruyff as coach, prompting a radical overhaul of Barcelona’s playing identity.

Born in 1931 in the Basque town of Barakaldo, Nuñez moved to Barcelona at a young age. He made his earliest impact on the club in the first democratic presidential elections after the end of the Franco dictatorship, in May 1978.

Owner of the construction group and hotels business Nuñez i Navarro, Nuñez spent a few weeks in prison between 2014 and 2015 after he was sentenced to two years and two months for bribing Spanish tax officials.