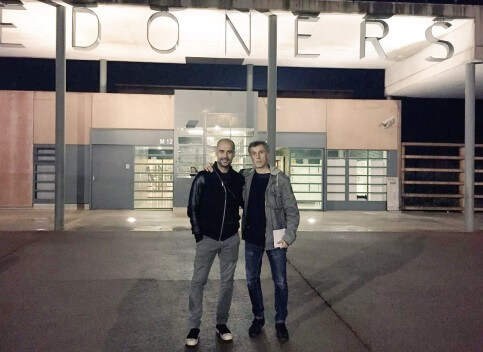 Manchester City manager, Pep Guardiola, has made no secret of his support for Catalan pro-independence leaders in custody awaiting trial. On Thursday, the former Barça coach went to the Lledoners prison to meet some of the jailed officials.

Later, pro-independence activist Jordi Cuixart tweeted his thanks to Guardiola for ‘showing the inmates of Lledoners that leadership is also about social commitment and solidarity’, and for reminding them that ‘teamwork has no limits’.

During his visit, Guardiola reportedly gave a talk and also met with the former vice president of the Catalan government, Oriol Junqueras, who is facing a 25-year sentence for rebellion. He also spoke to former ministers, Joaquim Forn and Raul Romeva.

Guardiola has consistently shown his support for the jailed leaders, even falling foul of England’s football authorities for wearing a yellow ribbon. In March, the FA fined him £20,000 for breaking its rules on kit and advertising.

Earlier this month, the coach admitted fears that he could have been jailed for protests after the independence referendum. ‘What disappoints me is that these people are still in prison a year later and they were accused of something they didn’t do. If they’re still there I could be too,’ he said.