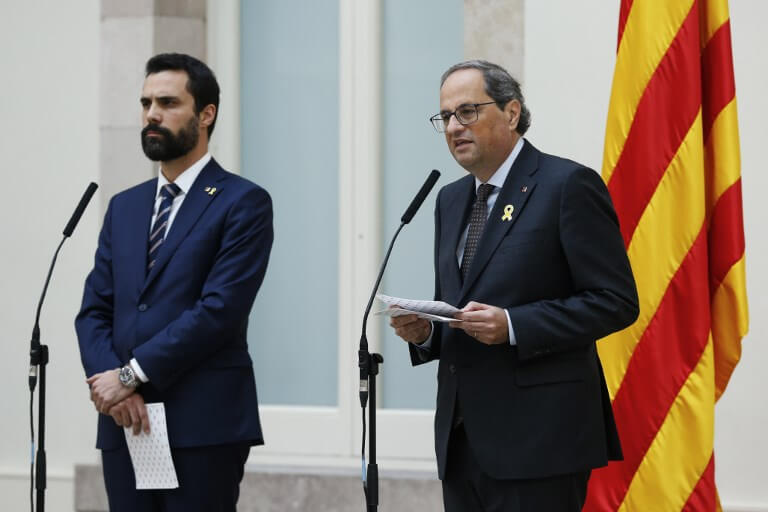 Quim Torra, the Catalan president, accused Spanish Prime Minister Pedro Sánchez of being an ‘accomplice of repression’ after reacting to the proposed sentences by Spain’s Public Prosecutor and Attorney General against the leaders involved in the 2017 independence push.

Torra said that the fact that the Attorney General (representing the Spanish government) lowered its charges from rebellion to sedition ‘shows not a gesture, but an absolute disdain for the incarcerated democrats’.

‘Does anyone think that with some 200-year prison sentences, the 2 million pro-independence supporters will disappear?’ asked the Catalan leader. He claimed that after every ‘blow’, the pro-independence movement has become ‘stronger’.

Torra made these remarks during a joint statement with Roger Torrent, the Catalan parliament speaker, in which both rejected the proposed sentences.

Roger Torrent, the parliament leader, said that “holding a referendum is not a crime, and the prosecutor is not acting for justice, but for vengeance.”

Torrent further deemed the proposed charges of rebellion, misuse of funds, sedition, and disobedience as ‘unacceptable’.