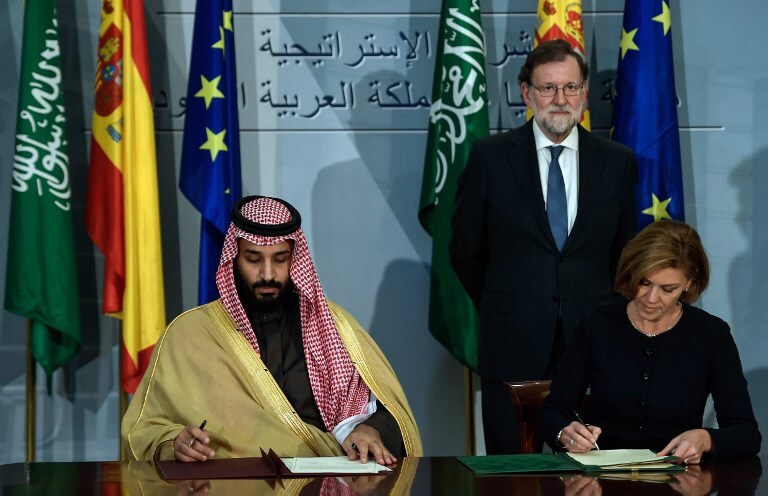 Spain will go ahead with the controversial delivery of 400 laser-guided bombs to Saudi Arabia, engaged in a bloody conflict in Yemen, Foreign Minister Josep Borrell said Thursday.

‘In the end, the decision is to deliver these bombs to honour a contract dating from 2015,’ Borrell said on Spain’s Onda Cero radio.

The government had announced a week ago that it would block delivery of the weapons – for which longtime ally Riyadh has already paid 9.2m euros.

That announcement came after an air strike in August on a crowded market in part of northern Yemen held by Huthi rebels that killed 40 children.

But Defence Minister Margarita Robles mooted a U-turn on the arms deal on Monday.

Asked Wednesday about criticism from humanitarian groups over the deadly bombs, Borrell said they had ‘extraordinary precision of less than a metre (yard)’ and did not cause collateral damage.

Cancellation of the deal would jeopardise a much larger order for five Corvette warships worth 1.8 billion euros, to be built by Spain’s Navantia shipyard in the southern region of Andalusia, with thousands of jobs at stake.

Workers in the region, a stronghold of the ruling Socialist Party, have staged demonstrations pressing for the deal to go ahead.

Amnesty International says Spain is one of the biggest arms exporters to Saudi Arabia.

Nearly 10,000 people have been killed in Yemen since Saudi Arabia, the United Arab Emirates and other allies intervened in 2015 after Huthi rebels ousted the government from the capital Sanaa and seized swathes of the country.

Willy Toledo released after being detained for blasphemy