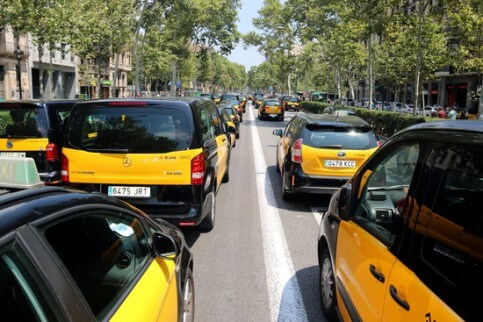 The taxis of the Barcelona metropolitan area called off a strike to demand regulation against car-hailing services on Wednesday night, thus putting an end to an 8-day-long protest that left the city center collapsed.

The Spanish government agreed to transfer powers on licenses for services such as Uber and Cabify to the autonomous communities willing to assume them — for instance, Catalonia. Madrid also accepted protecting taxis’ urban licenses.

“This is exactly what we were asking for,” said Alberto ‘Tito’ Álvarez, the spokesperson for the association Elite Taxi and leader of the protests. Yet

he warned that should Spain not deliver on its promises next September, they will take to the streets again “with more fury.”