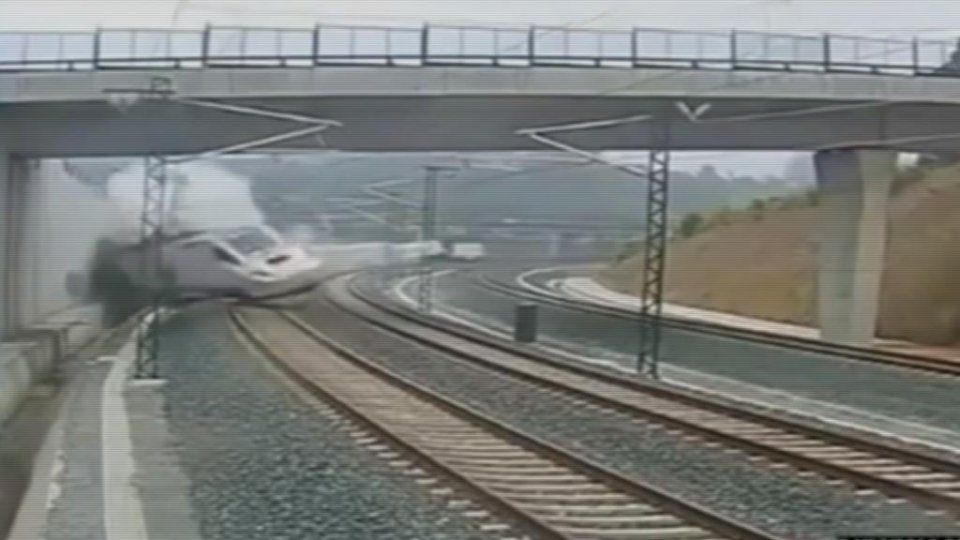 A major trial opens on Wednesday in Spain to determine responsibility for the country’s worst rail disaster in nearly eight decades.

The accident happened on the evening of 24 July 2013, when a high-speed train travelling from Madrid veered off the tracks as it hurtled round a sharp bend on the outskirts of Santiago de Compostela, in the region of Galicia. The crash killed 80 and injured over 140.

It was Spain’s deadliest train tragedy since 1944, when hundreds were killed in a collision which also happened on the Madrid-Galicia route.

The trial is due to run until February 2023 and will hear from 669 witnesses. It will take place at a cultural centre in Santiago that has been transformed into a courtroom to accommodate the large numbers of lawyers and civil parties involved in the hearing.

Two people have been charged with responsibility for the accident — the driver, Francisco Garzón, and the former safety director at state rail operator ADIF, Andres Cortabitarte.

Both are facing charges of ‘homicide due to gross professional negligence’. Prosecutors are calling for each to face four years behind bars.

And the victims’ families are claiming nearly €58 million in damages, according to court documents.

At the time of the crash, the train was travelling at 179 kilometres per hour, more than twice the speed limit for that stretch of track, according to its black box data recorders. Among the 80 dead were 68 Spaniards and 12 foreigners.

Investigators said the tragedy resulted from a lapse in attention by the 52-year-old driver, who ended a mobile phone call with the onboard conductor before the train lurched off the rails and applied the emergency brake too late.

The courts initially said excessive speed was ‘the sole cause of the accident’, charging Garzón with reckless homicide and causing injuries.

But its finding that state rail operator ADIF bore no criminal liability was later revised following complaints by the victims’ families.

The families said ADIF, which is in charge of the tracks, bore some responsibility on grounds there was no automatic braking system near the accident site and there was a lack of warning signs before the bend.

As a result, the investigation was reopened in 2016, with prosecutors subsequently charging Cortabitarte for the same crimes.

The families hailed the decision but expressed regret that no politician was held to account — notably Ana Pastor, the infrastructure minister at the time, who had pressured Brussels to head-off a report critical of Madrid.

‘Not only was the train derailed but so was justice over these past nine years,’ the Alvia 04155 victims’ association said in a statement on Facebook.

It denounced the ‘slowness’ in bringing the case to trial and ‘lies’ by certain elected officials.

‘For years, organs of state have worked to clear those who neglected their responsibility and place all the blame on the driver, the last link in the chain,’ said the group, which is named after the ill-fated train.

‘We will not be silent, and we will not stop fighting until justice is served and the truth is known, until responsibility [for the crash] is established, and we are offered an apology for the way we’ve been treated.’

A documentary film has been made about the crash, called Frankenstein-04155.

A year after the crash, Garzón wrote a letter to the victims’ families begging for forgiveness and saying he was ‘destroyed’ by the tragedy.