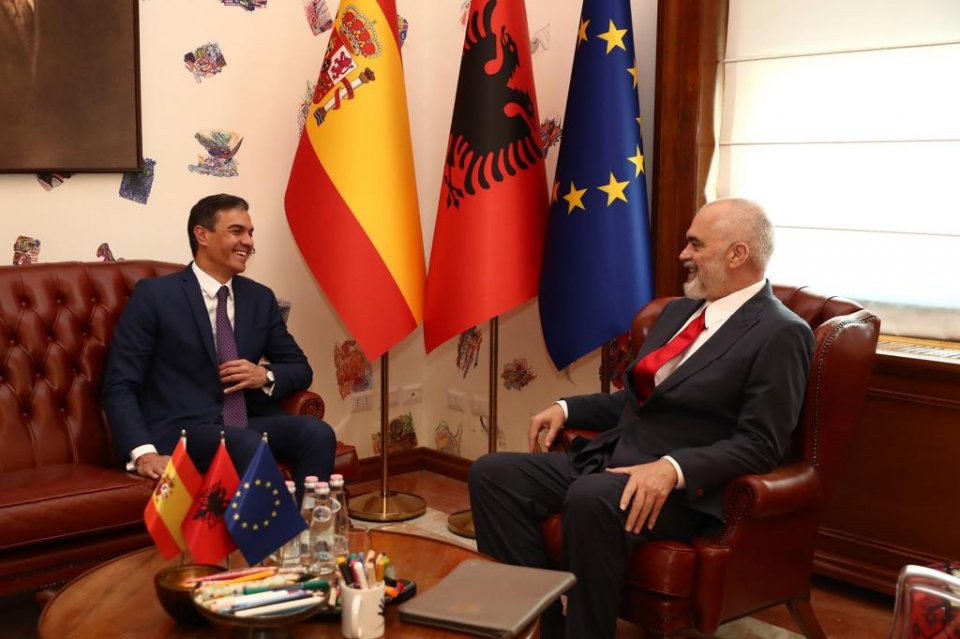 The Western Balkans are an integral part of the European Union and Spain fully backs the region’s integration into the 27-member bloc, Spanish Prime Minister Pedro Sánchez said on Monday.

Sánchez was in Albania’s capital Tirana on Monday in the first-ever trip by a Spanish leader to the country. The stop in Albania was the last leg of his Western Balkan trip that earlier took him to Serbia, Bosnia and Herzegovina, Montenegro and North Macedonia. He did not visit Kosovo and Spain does not officially recognise Kosovo as an independent state.

On Sunday Sánchez had met with North Macedonian Prime Minister Dimitar Kovachevski in the capital of Skopje, offering Spain’s full support for integration into the European Union.

‘The EU cannot be conceived without the Balkans,’ Sánchez said at the news conference on Monday with his Albanian counterpart Edi Rama. ‘Balkans’ incorporation will strengthen and add EU members.’

The Balkan nations are all in different stages of the EU accession process. EU officials have recently sought to encourage governments in the region to move on with reforms amid concerns over Russia’s efforts to boost its influence in the Balkans.

Any expansion beyond the 27 current EU members is likely to still be years off. Despite the delay, the Western Balkan nations have maintained their ambition to become part of the world’s most important trading bloc.

The EU bloc agreed to launch the accession talks with Albania and North Macedonia late last month, a long-delayed step in the Balkan nations’ paths toward EU membership that gained momentum amid the war in Ukraine.

Serbia and Montenegro already have started the talks while Bosnia and Kosovo have only signed the ‘Stabilization and Association Agreement’, the first step in the long process.

Edi Rama said that because of Russia’s influence in the region, Western Balkan countries should be ‘determined to continue the road of strengthening ties that build peace’.

Albania has fully aligned itself with with all EU sanctions on Russia. Sánchez said those sanctions aren’t aimed against the Russian people, but intended to force their leaders ‘to return to reality and abandon the path of war’.

First monkeypox deaths outside of Africa seen in Spain and Brazil