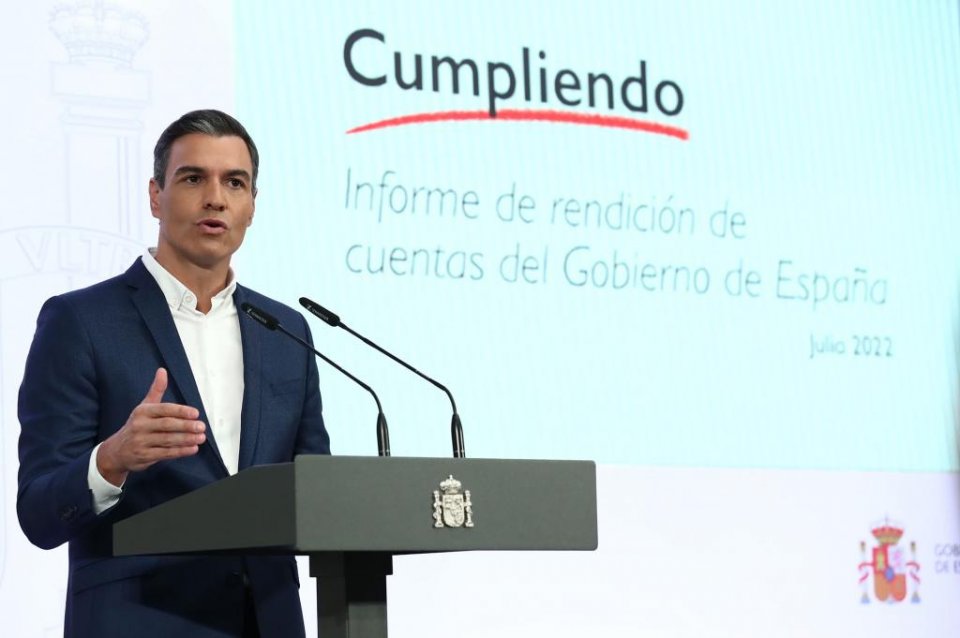 In a rather bizarre news conference on Friday, Spanish Prime Minister Pedro Sánchez said that he had asked government officials, as well as those working in the private sector, to save energy by not wearing ties at work.

Appearing in an open-necked white shirt and blue jacket, Sánchez said he had dressed less formally not as a nod to the casual Friday custom but to curb utility use — presumably air-conditioning, although he did not specifically state that.

‘I’d like you to note that I am not wearing a tie. It means that we can all make savings from an energy point of view,’ the prime minister said at the news conference that had been officially called to summarise his government’s annual performance.

Spain has sweltered for more than a month, with temperatures in parts of the country often surpassing 40C. The government has also urged people to reduce electricity costs by not overusing air conditioning. ALSO READ: Air conditioning in public buildings in Spain to be limited to save energy.

Rising energy costs for households and businesses in Spain has been a major issue in recent months, especially since the Russian invasion of Ukraine in February. Sánchez said the government would present a new energy-saving plan next week, but he gave no further details.

He said the plan was designed to cut utility bills and to reduce energy dependency on ‘the aggressor, [Russian President Vladimir] Putin’.