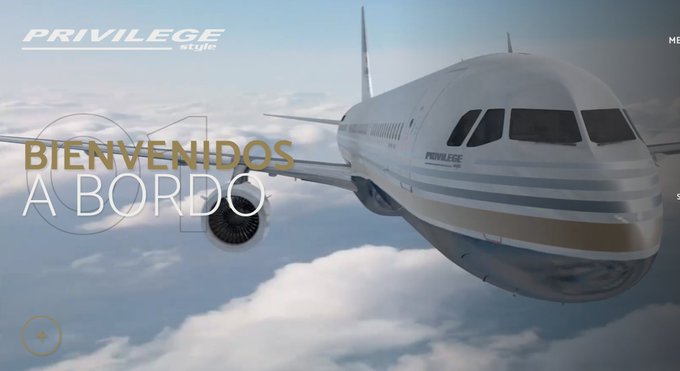 A first flight carrying asylum seekers from the UK to Rwanda was cancelled late on Tuesday, in an embarrassing blow to British Prime Minister Boris Johnson’s government. The flight was to be operated by an obscure Spanish charter carrier.

Johnson’s plan to send asylum seekers to Rwanda for processing had sparked a public outcry in the UK, as well as internationally, with human-rights lawyers appealing the decision and Prince Charles calling the policy ‘appalling’, according to media reports.

The number of those due to be put on the flight had dwindled from an original 130 to just seven on Tuesday, but finally the plane was grounded due to a last-minute ruling from the European Court of Human Rights (ECHR).

The cancelled controversial flight was being operated by a Spanish charter carrier that normally flies football teams and tourists to and from the Mediterranean.

Privilege Style, based in Palma de Mallorca and reportedly owned by Chema Alvarez, has a fleet of four aircraft and was expected to fly a handful of refugees on Tuesday from an airbase in the south of England to Kigali, Rwanda, on a 27-year-old Boeing 767 jet.

Privilege Style, that has previously operated charter flights for Spanish football teams including Atletico Madrid and Sevilla FC, is one of a handful of airlines that carry out deportations for the UK and other European governments, according to non-profit organisation Corporate Watch.

According to reports, the aircraft to be used for flying asylum seekers to Rwanda had taken tourists from Tenerife to Dusseldorf for German airline Condor on 13 June, and then landed on Tuesday morning at the British Ministry of Defence’s Boscombe Down base.

According to a Bloomberg report, Tour operator TUI AG and AirTanker were the biggest operators of deportation flights in 2021, also citing data from Corporate Watch. Other operators reportedly include Titan Airways, which also flies aircraft for the UK government, and Portuguese charter company Hi Fly.

The cost of the cancelled charter flight, including legal costs, has been estimated at around £500,000. British Foreign Secretary Liz Truss insisted it was still ‘value for money’ to reduce the long-term cost of irregular migration, which the government says costs UK taxpayers £1.5 billion a year, including £5 million a day on accommodation.

Following a storm of online protests against Privilege Style on Tuesday, the group appears to have made all its social media accounts private.

British Home Secretary Priti Patel said she was disappointed that ‘legal challenges and last-minute claims’ meant the plane did not take off but vowed to pursue the heavily criticised UK policy.

‘We will not be deterred,’ she said in a statement. ‘Our legal team are reviewing every decision made on this flight and preparation for the next flight begins now.’

Man arrested in Sitges after stealing a backpack on the beach