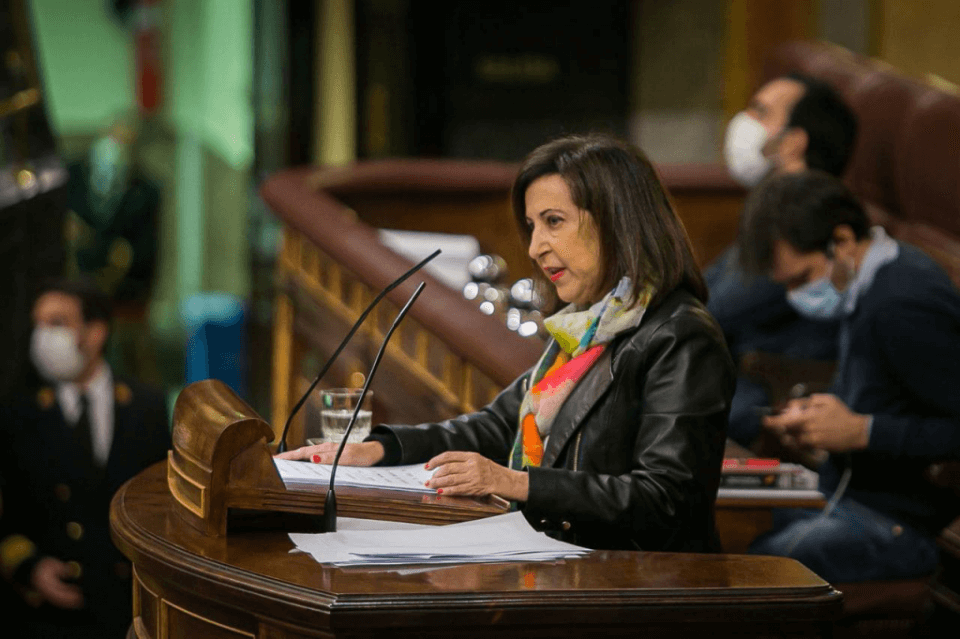 Spanish Defence Minister Margarita Robles has not ruled out sending Leopard tanks and anti-aircraft missiles to Ukraine and that ‘always’ in coordination with other countries, Spain would continue ‘supporting the heroism’ of the Ukrainian people.

‘Our solidarity with Ukraine is there,’ the minister said on Telecinco when asked directly if Spain would be sending a further shipment of weapons, although she asked for ‘maximum serenity and discretion’ following Russian President Vladimir Putin’s comments on Sunday threatening countries that send further weapons to Ukraine.

According to a report first published by El Pais, Spain is planning to supply Ukraine with battle tanks made in Germany, providing the country with state-of-the-art Western tanks for the first time. Madrid is also preparing to supply a battery of Italian-manufactured anti-aircraft missiles, the report claimed.

Ukraine could receive about 40 Leopard 2 A4 tanks from Spain that need to be repaired, it has been reported. They have been in storage facilities at the Spanish army’s logistics base in Zaragoza for 10 years, and are part of a batch of 108 used units that Berlin sold to Madrid in 1995.

According to El Pais, Spain has also offered Ukrainian tank crews to undergo military training in Latvia on their use. The Spanish army currently has a contingent of 500 soldiers deployed there with six Leopard 2E tanks.

The second stage of training Ukrainian tank crews would take place in Spain, it was reported.

In addition, Madrid is preparing supplies to Kyiv of Shorad Aspide anti-aircraft missile batteries, which the Spanish army has replaced with another, more modern system, the newspaper reported.

Spain has already supplied Ukraine with ammunition, body armour and light armaments, such as С-90 grenade launchers and machine guns.