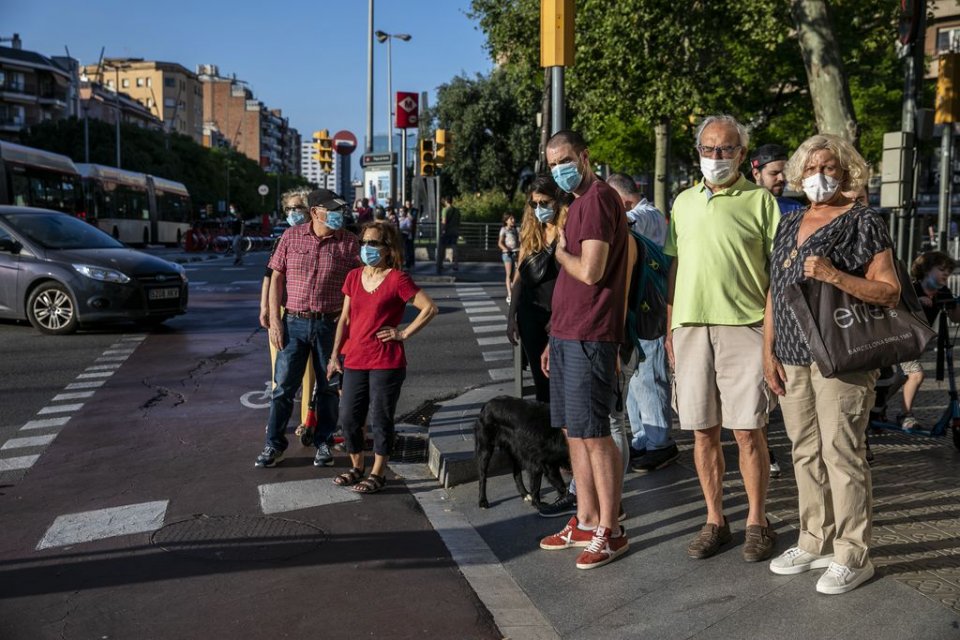 Updated on Friday 4 February at 14h.

The Spanish government has made a U-turn on its policy for wearing face masks in outdoor public spaces. Despite the Spanish Congress voting late on Tuesday night to maintain the current rules [see full report below], Health Minister Carolina Darias stated on Friday morning during a Cadena SER radio interview that face masks will no longer be compulsory outside, most likely from next Thursday 10 February.

Darias said the measure will be agreed in a health coordination meeting on Monday, and officially ratified the day after in a cabinet meeting. The BOE official gazette is likely to publish the change on Wednesday, and probably on Thursday 10 February the face mask obligation outdoors will no longer be in effect.

The Spanish Congress voted late on Tuesday night in favour of keeping in place its current ruling on wearing face masks outside, with exemptions, and which was reintroduced just before Christmas to combat the Omicron variant of Coronavirus, that was soaring at the time.

The PSOE–Podemos coalition cabinet rejected requests by several regions to remove the measure during the weekly health coordination meeting between the Spanish executive and regional governments. A vote on Tuesday night in Congress saw a narrow win for the left-wing government, with 162 votes in favour, 153 against and 28 abstentions.

Although the government did not have the support of the majority of MPs in the chamber, they managed to win the vote because the face mask mandate was included in the same vote as an increase in pensions for retired people. Despite some parties accusing the government of ‘blackmailing’ them, they ended up backing the double measure.

Spanish Health Minister Carolina Darias said yet again that the compulsory outdoor mask rule – which was reintroduced on 24 December – was ‘strictly temporary’.

The current rules on wearing face masks outside in Spain include many exemptions. Face masks are not compulsory if you are doing exercise; in natural spaces, mountains or the beach; walking alone or with members of your own household, or walking with someone not from your household but where you can maintain 1.5m of social distance.

Darias said after the vote this week that ‘all the data shows that we’ve passed the peak’ of Spain’s sixth Coronavirus wave and that ‘face masks are one of the measures that help most’. She added: ‘We’re on the right track but have to be prudent, it won’t be long before we change it [face mask legislation].’

In June 2020, Spain made the wearing of face masks compulsory indoors and outdoors, for everyone aged over six if ‘social distancing’ could not be maintained. At the time, the former health minister Salvador Illa had said that the compulsory use of face masks would remain in place ‘until a vaccine is found’.

In May 2021, Spain’s Inter-Territorial Council of the National Health System published a new agreement on the mandatory use of face masks, allowing for some exemptions whilst on the beach or at swimming pools.

Prime Minister Pedro Sánchez announced that face masks would no longer be required outdoors in Spain from 26 June 2021, except if a safe distance of 1.5m could not be maintained with people outside your closest social bubble. The rules for wearing face masks outside again were reinforced from 24 December. ALSO READ: Spain makes face masks compulsory outside again – with exemptions.